10 things you need to know before your trip to Madagascar 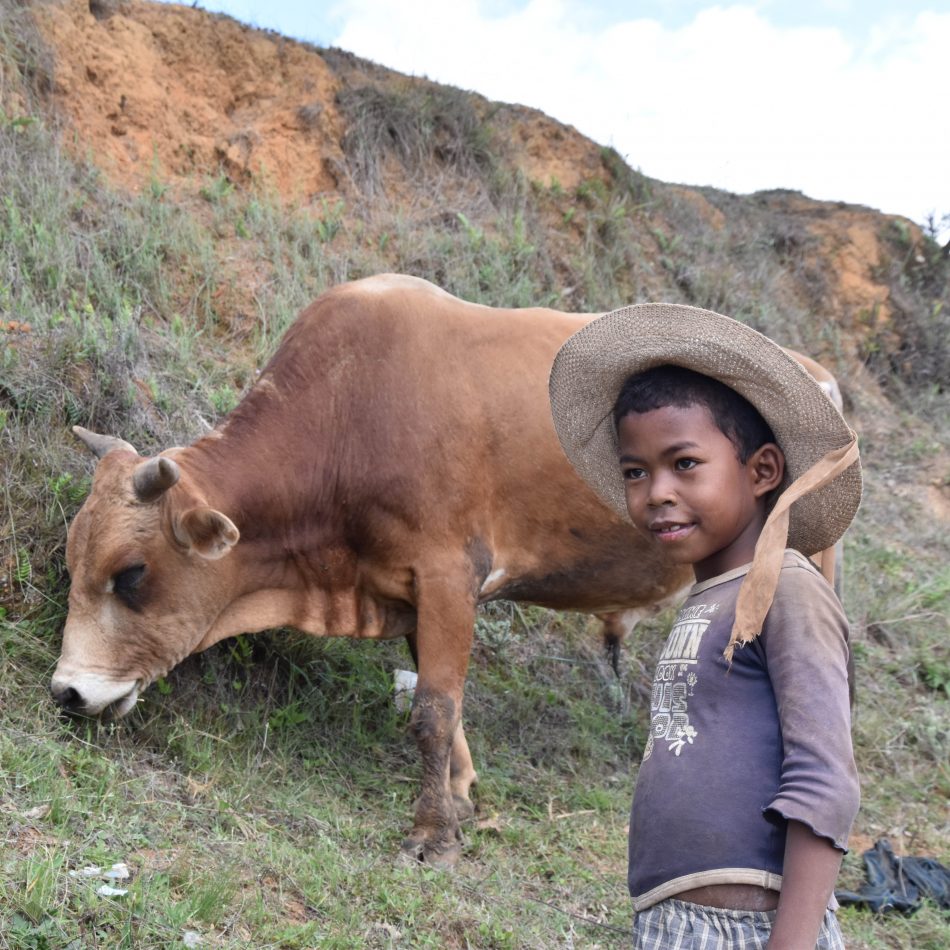 Madagascar is a country that isn’t very touristic. It makes it a great country to visit for more experienced and/or adventurous travellers. I’ve visited over 60 countries and I’m always looking for new countries to explore. To me it didn’t feel like a big deal to travel to Madagascar, but now that I’ve been there I wish I prepared myself a bit better to this trip. So to help you out I’ve made this list with 10 things you need to know before your trip to Madagascar. With these tips you’re better prepared than I was and I’m sure you’ll have a great time on this beautiful African island.

1 Visa
A Visa is required for all travelers visiting Madagascar, even if it’s only for a short period of time. You can buy your visa at the airport or arrange it beforehand in your home country. Arranging it beforehand at the embassy is quite expensive, but it’ll give you peace of mind to know that you’re allowed in to the country. Buying your visa to Madagascar at the airport is also possible. You’ll have to cue and officially you could be denied entry but I don’t think that’s very likely for tourists.
For both options you’ll need a return ticket, a passport that’s valid for at least another 6 months and a passport picture. 2 Malaria
The entire island of Madagascar is a high risk area for Malaria. In the pharmacies in the bigger cities in Madagascar you can buy Malaria pills called Malaron. Unfortunately the side effects of Malaron are severe. It helps to take them in the evening rather than the morning because the heat of the sun will increase the side effects. But even if you take them at night you might get noxious or get diarrhea from the Malaron. For us the side effects were that severe, that we decided to stop taking the Malaria pills. Now I don’t want to bring you into any danger, so I’m not saying this was the wisest choice to make. We did however always covered up in anti-mosqito repellant. Make sure you use the ones with DEET, it might be smart to buy them at home before you leave.

3 Healthcare
It’s recommended that you have the standard vaccins before your trip to Madagascar, but Hepatitis A especially.

As you might suspect, personal hygiene can be a problem in Madagascar. The biggest health problem, for the locals as well as the tourists is diarrhea. You’ll most likely get it from unclean water. You can use the following precautions:
* always wash your hands with soap, water alone is not enough
* never drink tap-water, not even from high-end hotels.
* dry your hands with paper, not with a towel that’s been used by many people
* avoid ice cubes
* only eat fruit that can be pealed
* watch out with meat, especially from street vendors

You can buy Imonium at most of the pharmacies in the bigger cities in Madagascar that might help a bit with your stool. Take one pil after each loose stool. 4 Money
The local currency in Madagascar is Ariary. When I was there the exchange rate was 4000 Airiary for 1 Euro. Important to know is that you can’t pay with your bankcard/debitcard anywhere in Madagascar. Some bigger hotels and restaurants accept credit card payments but there are no ATMs where you can get money with your bankcard. A credit card is a must in Madagascar! Most banks only accept Visa but the IBN bank (white with green logo) accepts Mastercard as well. You can find an IBN bank in the bigger cities. Always make sure you have enough cash on you as you’d be surprised at how few places you can pay with card.
Some big hotels or rental car agencies might accept euros as well.
At the airport there are 2 ATM’s in the arrival hall, one where you can get money with Visa and one for Mastercard.

5 Transportation
The roads in Madagascar are very bad. There’s one main highway; the RN7 that goes from the capital city Antananarivo to Tulear in the South-West. But even that one is often in bad shape. If you’re short on time (say 10 to 16 days), I’d advise you to just this RN7 highway. It’ll give you a chance to see quite a lot from what the country has to offer in a reasonable amount of time.
The best way to do it is to rent a car, we did this as well. Most car-rental agencies will only rent a car including a driver. Although it felt weird for me in the beginning, in retrospect I’m very happy that we did this. We rented our car with Europcar and paid for it in cash Euros. We arranged it online beforehand so we knew we had to bring enough. The advantages of a driver is that he knows the way, he knows the good hotels, he knows local guides that he can call beforehand to guide you in National Parks, it’s less tiring if you don’t have to drive yourself and it gives you a save feeling.

Are you more adventurous? You can also take the local busses ‘bouse bouse’. Don’t expect too much from them though; they’re small vans made to seat about 10 people but often used by 20 at the same time. You’ll often see them on the road, packed with people inside and hanging out and packed with luggage, food and even live animals on the roof. The busses break down frequently and as you can imagine are not very comfortable.

Keep in mind that Madagascar is a very big island (it’s the size of France and Belgium combined), so calculate enough time for driving from one place to another. Also add about 25% to the time that Google maps will tell you and don’t plan your schedule to tight. There are always things that can happen like car trouble, animals on the road or not being able to bypass a slow truck. 6 Language
The official language of Madagascar is French, as it was once its colony. But the majority of the inhabitants speak Malagay. This language originated in South-East Asia rather than Africa. It rewards to learn some basic words like ‘Salama’ for hello.
Only the educated people speak French. In the tourist industry and hotels everyone will speak good French, but the people in the villages will have difficulties speaking and understanding it. Only very few people speak English. Only the ones who studied either English or tourism. Most of the guides for the national parks do speak good English, although you’ll notice sometimes that they only studied their lines and find it difficult to differ from their text.

7 Poverty
Madagascar is one of the poorest countries in the world. As a matter of fact it’s listed number 11 in the world poverty ranking. 92% of the population lives below the poverty border. In Antananarivo you might not notice it, but you’ll definitely see it when you’re travelling outside the capital cities.
It’s really helpful to see if there’s anything you can bring with you for them. Maybe some clothes that you’re not wearing anymore or toys for the children. They often don’t even have a simple ball to play with. 8 Wildlife
The plants and animals on Madagascar are very unique. Most of them can be found nowhere else in the world. It’s worth finding out a bit more about the unique wildlife in Madagascar before you go, so you’ll know what to look out for. The most famous animals of Madagascar are the lemurs that also played a big role in the animation film Madagascar. There are several kinds of lemurs, they’re all primates (so related to monkeys and humans) but they have different colors, sizes and characteristics.

You’re practically guaranteed to see lemurs if you visit 2 or 3 national parks during your trip.

9 Electricity and internet
The majority of the population of Madagascar, especially those who don’t live in cities, don’t have access to electricity. The hotels do, so you probably won’t have a problem charging your elektronical devices. Although it could be that there’s only one power outlet in your room. In remote areas the power is often only switched on from 6pm to midnight. So recharge your phone and cameras whenever you can. It’s also wise to bring an adapter so you can charge your phone from the cigarette lighter in the car.

Most hotels offer WIFI, but often only in the reception area. If the WIFI is working, you’ll have a very fast connection, especially in the cities. We however have experienced quite a few times that the WIFI wasn’t working, or only worked for a little while. Try not to be too depended from it.

10 Safety
Although Madagascar is a relatively safe country to travel around in, there are some safety measures that you should take.

There have been some violent times in Madagascar, during political unstable periods. But tourists are never the target of this.
We’ve were in Madagascar for 10 days we never felt unsafe.

Click here to read about our road trip to Madagascar and like my Facebook page to make sure you’re never missing out on a new travel blog.

I’ve created a 2 minute video with the highlights of our trip to Madagascar.
You can watch it here.