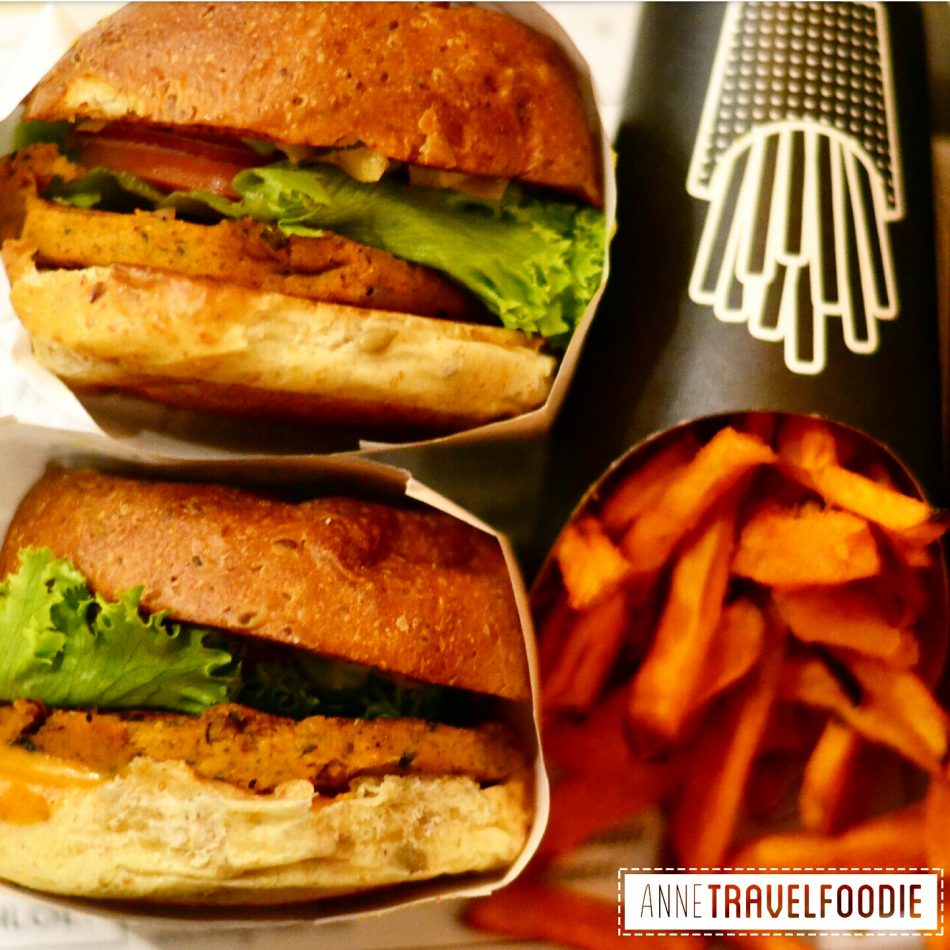 Without a doubt, Berlin is veggie capital of the world. There are so many 100% vegetarian and/or vegan restaurants that it’s impossible to visit them all in a week. From vegan doughnuts to vegetarian burgers and from vegan cakes to vegetarian hotdogs. Berlin has it all! Did you know that Berlin even has a vegetarian hotel? I don’t think a city can be more vegetarian friendly than that!
Click here for my top 5 vegan and vegetarian food spots in Berlin. This year London was named number 1 vegan-friendly city of the world by Happy Cow, and rightfully so. London has over 100 completely vegan restaurants and there are more than 100.000 vegans living in London. Besides the vegan restaurants there are many more restaurants with good vegan options in the city. London also has several vegan grocery shops and even clothing shops. Pictured is the vegan freakshake I had at  the Canvas Cafe.
Check the complete list with my favorite vegan and vegetarian food spots in London here.

Is it me or do almost all food trends start in New York? From Cronuts to Hummus Ice Cream, New York had it first. This also makes it a great city for new trends in vegetarian and vegan food. The Beyond Meat Burger was available in NYC long before it made its way to Europe. By Chloe is one of my favorite veggie friendly restaurants in New York. Everything on the menu is 100% vegan. The picture of the burgers and fries at the top of this page is taken there. The falafel sandwich pictured is from Taim Falafel. Hummus, falafel, pita bread… most of my favorite ingredients are staples in the Israeli cuisine. And besides the traditional food of Israel being veggie friendly, there’s also been a enormous rise in veganism in the country. 5% of the entire population is on a plantbased diet and the biggest vegan festival in the world was held in Tel Aviv several times. In Tel Aviv alone there are already 150 vegan friendly restaurants! My very own Amsterdam is also a great destination for vegetarians and vegans. It’s home of the Dutch Weed Burger, a 100% plant-based burger that isn’t made from cannabis but from seaweed. It won my competition of the best veggie burger of Amsterdam, so it’s really good! There are several 100% vegan restaurants in Amsterdam like Vegabond, Dophert and the Vegan Junkfood Bar.
Click here for all my favorite vegetarian and vegan friendly food spots in Amsterdam.