Falafel bucket list: the best falafel in the world 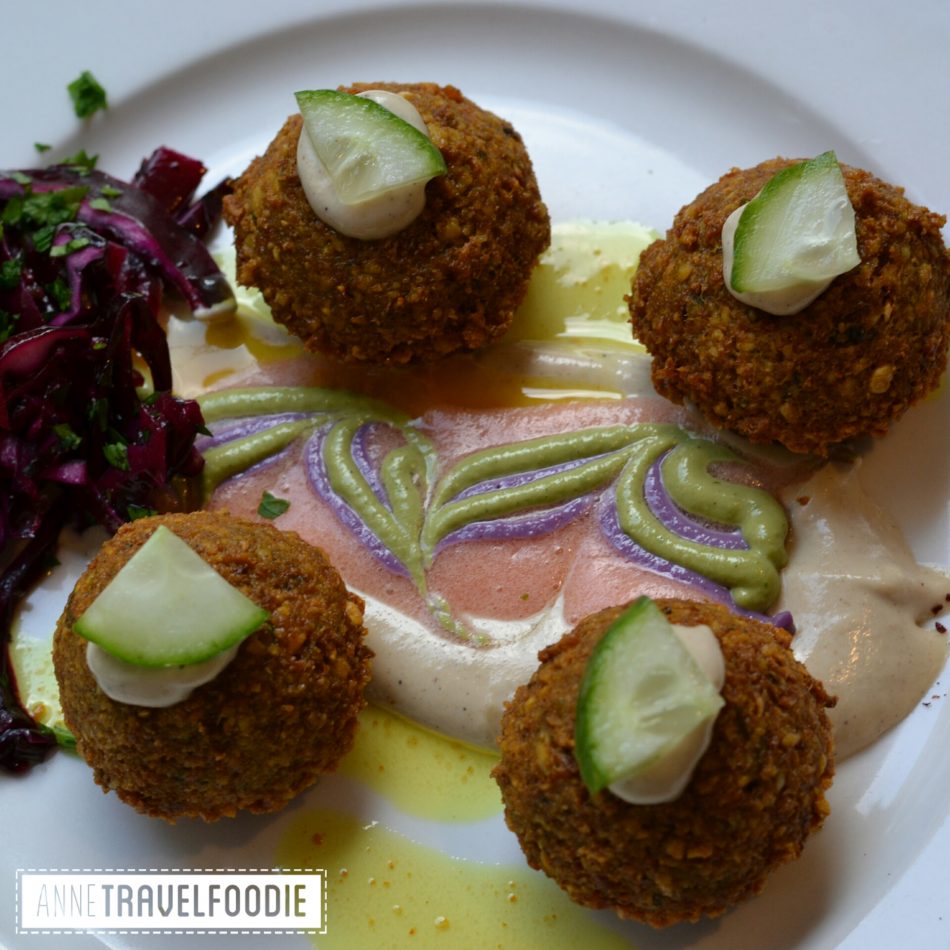 You might not expect it but you can get a really good falafel wrap in Ljubljana, the capital of Slovenia. At Abi Falafel, an oriental style cafeteria they serve great Arabic food. They have many vegetarian dishes. And also quite a few vegan and gluten free options. Their standard falafel sandwich (pictured above) is vegan, the pita bread is filled with falafel balls, hummus, mixed salad and tahini. Besides the sandwiches they also have several platters where you get a big plated filled with a variety of Arabic specialties. They also have snacks and desserts like baklava.

New York has so many great restaurants and food options. But my absolute favorite spot for falafel is at Taim falafel. Their falafel is vegan and gluten free and they have 3 different falafel flavors: traditional, Tunisian spices and roasted red peppers. After you’ve chosen your flavor you choose whether you want a sandwich, a platter or a bowl. They also have several sides, mezze and smoothies. At Gioia in Frankfurt they serve your falafel in a bowl with homemade hummus, olive oil, parsley and pine nuts. They serve warm pita bread on the side! This simple family-friendly restaurant also serves wood oven pizza’s, pasta’s and other Mediterranean specialties. They have several vegetarian and vegan options including this really tasty falafel. At Mana Mana in Amsterdam they turn your falafel dish into a work of art! Look at the pretty pattern they made with the hummus! At Mana Mana they’ve got great hummus, falafel or vegetable dishes served with pita bread. And they’re willing to cook vegan for you! All dishes are made to share, so you can just pick around 2 dishes per person and see how your table gets filled with delicious vegetarian dishes. I recommend the baba ganoush and of course this pretty and tasty falafel dish. The Kasbah in Oslo is known for its delicious falafel balls. You can have a pita falafel to go but you can also sit down at a table and order your favorite nibbles like tabbouleh, different kinds of hummus or vegetables. I recommend that you get a (vegan) mezze platter, so you can taste many different items from the menu including the falafel. Probably the best falafel in the world can be found in Israel. I’ve tasted many hummus and falafel dishes in Israel, but the best one was in Jerusalem. In the muslim quarter in the old city center of Jerusalem you’ll find Lina. Lina is a family business that opened over 60 years ago. They’ve got really good falafel, and the best hummus I’ve ever head. Lina is a bit hard to find, but if you’re on David street turn right on Hanneke and you’ll find Lina at the end of the street.