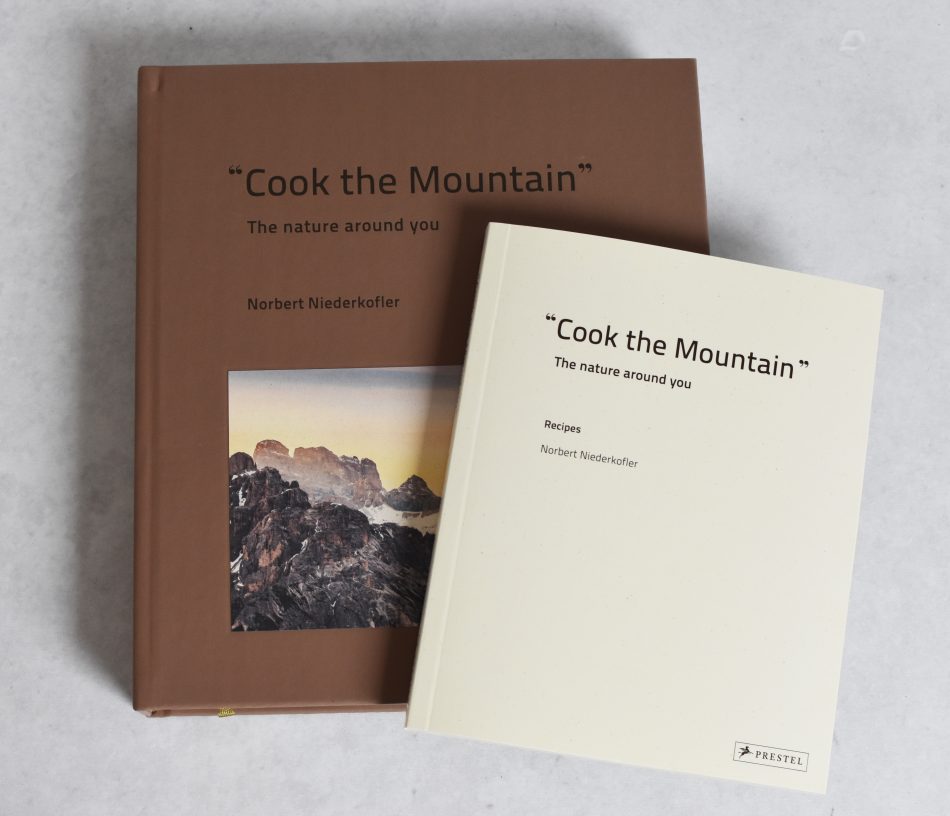 Norbert Niederkofler is a master chef that was born in South Tirol in Italy. He has worked all over the world, from Milan to New York. He returned to his birth region 20 years ago to work at restaurant St Hubertus in San Cassiano. At the time the restaurant served haute cuisine, that would be similar to high quality restaurants all over the world. It seemed quite absurd to Niederkofler that its international clientèle would travel so far, only to eat what they could have eaten at home too. He started asking his guests what he could offer them that would be more unique, and the answer was something unique from the region and from his kitchen.

When Norbert Niederkoflers first child was born, he changed the way he looked at the world. He wanted to focus more on sustainability, in his life and in his kitchen. This insight, together with the answers from his guests, has led to the fact that at the St. Hubertus restaurant the now focus on local and seasonal foods. You can taste the surrounding Dolomite mountains in every dish. From the hard work of the farmers to the high quality of the products. He called this his ‘Cook the Mountains philosophy’. Word spread fast and in 2000 the restaurant won its first Michelin star. In 2007 they got their second star and in 2017 Niederkofler and his team got the highest recognition possible: three Michelin stars.
In 2020 Norbert Niederkofler and the staff of St Hubertus also got a fourth Michelin star, a green one, for their efforts in sustainability.

And now there’s Cook the Mountain, the cookbook by 3 Michelin star chef Niederkofler. The Cook the Mountain consists of two books. The first is a coffee table book filled with beautiful pictures of South Tirol. You see great nature photography of the Dolomite mountains, beautiful food photography of the dishes and portraits of the locals.
The second book has all 60 recipes. They’re sorted by season and there’s room in the book to make notes.
On this page I’m sharing one of the recipes from the Cook the Mountain cookbook of Norbert Niederkofler.

I made the Apple Frittella from the cookbook. Niederkofler made it with ‘black apples’, which are fermented apples. But I made them with regular apples. Frittella are like Italian donuts. Normally they’re served without a filling, but in Niederkoflers recipe you use apple rings like in my apple ring pancake recipe. There’s a little secret ingredient in this Apple Frittella recipe: sparkling wine! Below is the recipe for 4 people.

Combine the flour, sparkling wine, eggs, sugar and yeast in a bowl. Let it rest for at least 2 hours.
Remove the core of the apples. Cut each apple in five slices. Dip the apple discs in the batter and fry them in some oil for a few minutes on each side on medium fire until medium brown.
Serve with icing sugar.