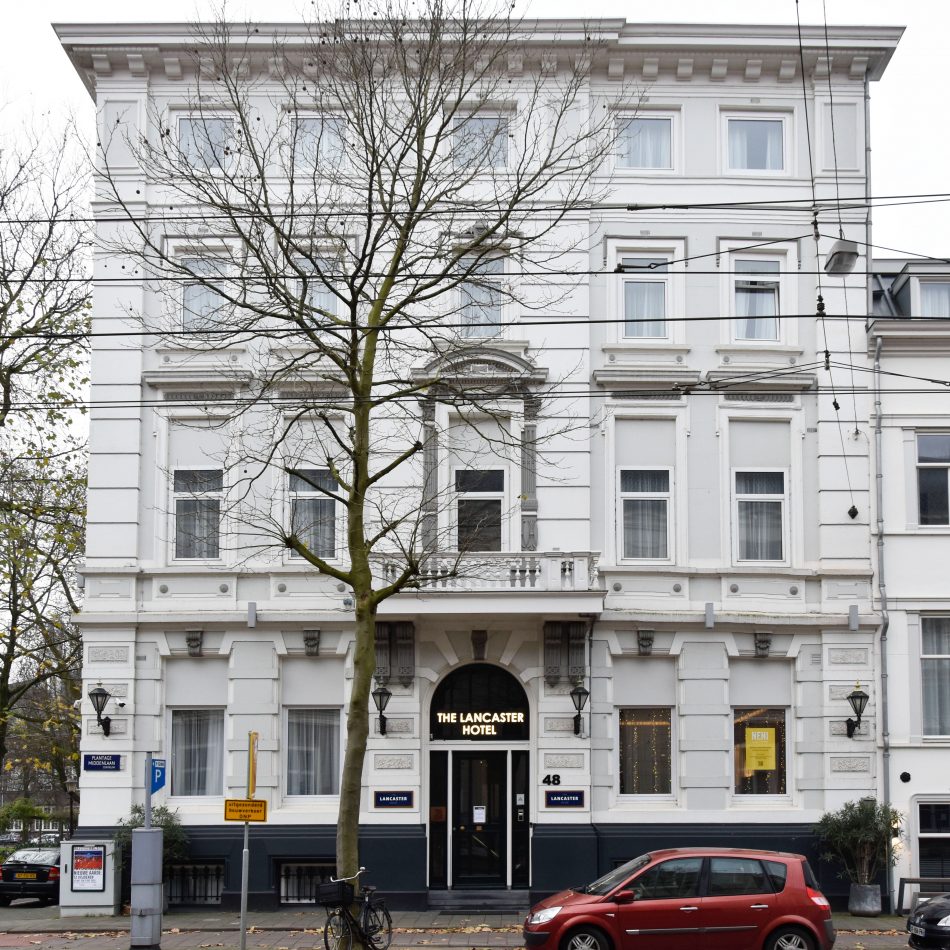 You can now go on a Culication; a culinary vacation. The restaurants are closed because of Covid measures, but hotels can stay open. And if you’re a hotel guest you can have dinner in the hotel restaurant. Hotel the Lancaster in Amsterdam has partnered up with Restaurant Neni to offer you a perfect culinary vacation. On this page you can read all about the Culication at Hotel the Lancaster and Restaurant NENI in Amsterdam.

The Lancaster Hotel Amsterdam is a beautiful hotel located right next to Artis Zoo in the wonderful Plantage neighborhood. They’re located in an old monumental building but is completely renovated into a modern design hotel. It’s close to all major attractions in Amsterdam. So it’s great for tourists, but it’s also very nice that it’s not in a touristic area. So you feel like a local staying at the Lancaster hotel.
The Lancaster Hotel is part of the Eden Hotels Group, previously I stayed at the Savoy Hotel Rotterdam that also belongs to this group.

Rooms at the Lancaster Hotel

All the hotel rooms at the Lancaster have a big, comfortable bed. I slept like a rose when I stayed there! Our room also had a desk and two armchairs with a table. It had a kettle and a Nespresso coffee machine, and a small fridge.
The spacious bathroom had a beautiful design with black tiles and organic shower products were provided.
There was great wifi throughout the building.

NENI serves Middle-Eastern food in several restaurants all over the world. Of course in Tel Aviv, but also in Berlin, Hamburg and Paris. In December 2018 NENI Amsterdam opened up in the former Citroen garage in Amsterdam Zuid.
During the Corona crisis, when the NENI Restaurant had to be closed, the Lancaster Hotel offered their kitchen to the staff of NENI.
So you can now book a ‘culication’ at the Lancaster Hotel with dinner of restaurant NENI.

You get a 3 course dinner if you book the NENI dinner arrangement at the Lancaster. All the starters on the menu are vegetarian, and most of them can be made vegan too. We went for falafel and hummus with pita bread. You also get bread with labneh as a starter. I have to admit that we were already quite full after just the starters.
As a main dish I had the caramelised eggplant with rice. Luckily the waiter was so nice to make a doggy bag for us as the dishes were super tasty but we couldn’t finish them. We saved them in the fridge in our hotel room and had them for dinner the next day!

That being said, theres always room for dessert! Especially if they’ve got NENI’s cheesecake! We also had a vegan panna cotta and shared them both.

After dinner we went back to our hotel room and watched some tv in our room.

The next morning we were spoiled with a lovely breakfast at downstairs restaurant The Birdhouse. They serve a ‘High Breakfast’, which is like a High Tea but then for breakfast. We got breads, spreads, pastries, cheese, vegetables, eggs, waffles, pancakes, fruit, yogurt, juice and much more.
We really felt like we were on vacation, which is extra nice in these times when travelling isn’t possible.
I recommend you spoil yourself to with a culication with the NENI pop-up at the Lancaster Hotel in Amsterdam!

Click here for the best Christmas Spots in Amsterdam.