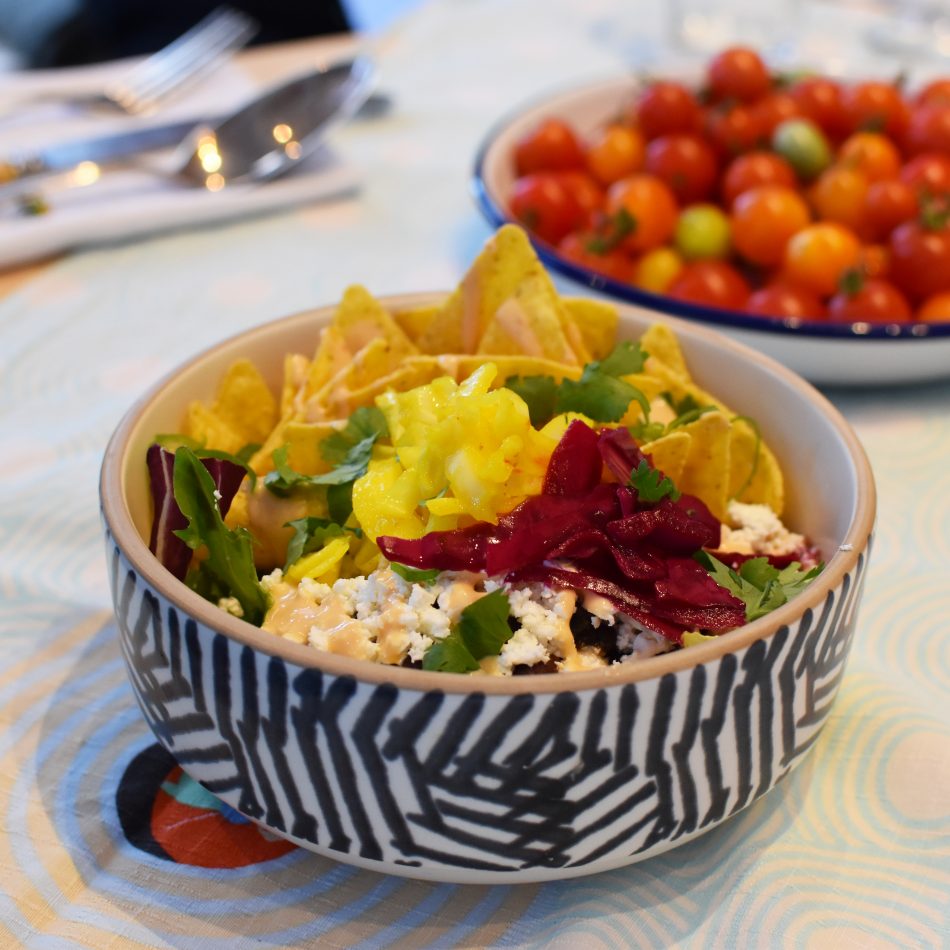 Take-out food has the reputation of being unhealthy, but if you live in Amsterdam you’re lucky. Restaurant FENTO offers healthy take-out meals that are very tasty. You can also eat-in or have your meal delivered if you don’t want to leave the house. At FENTO they focus on local, unprocessed food. They love local vegetables, probiotic ingredients and rennet free cheese. So from now on your take-out food can be super healthy!

My first encounter with FENTO was at the Foodhallen where they have a stand. Besides their stand there, they also have a restaurant called FENTO Kitchen on the Potgieterstraat in Amsterdam Old West. Here you can order your dish to stay, to take-out or order it to have it delivered with Deliveroo. Hilary, owner of FENTO, was born in the USA but raised in Mexico. Her youth in Mexico has had a big influence on the menu, bu you’ll also find some South Asian ingredients. On the menu you’ll find 4 main dishes and a bi-weekly special.
Pictured at the top of this page are the FENTO nacho’s with spiced black beans, homemade tomato salsa and bio corn chips. The dish is vegan but you can add feta cheese if you want.

The FENTO Burrito is a big tortilla wrap stuffed with cumin garlic black bean pure, organic brown rice, roasted sweet potato and chipotle cashew cream. This burrito is also vegan but you can add feta cheese or chicken if you’re not eating vegan/vegetarian. They also have a Baja Soul Bowl filled with greens that can also be ordered vegan, vegetarian or with chicken. I went for the Unicorn Rainbow Bowl, mainly because of the great name. It contained a sweet potato frittata, brown rice and rainbow of courgette, cabbage and carrot noodles (click here for more info on Courgetti). It’s served with a ginger miso dressing and naturally fermented pickles.
Hilary makes her own vegan kimchi and several healthy juices like the Lite N’Stormy Limeade from cold pressed ginger, apple, lime and a touch of maple syrup.

Click here to read more about FENTO or order your healthy meal here.

Click here for all my Amsterdam healthy food favorites.