Food goals: lunch at the Waldorf Astoria in Amsterdam 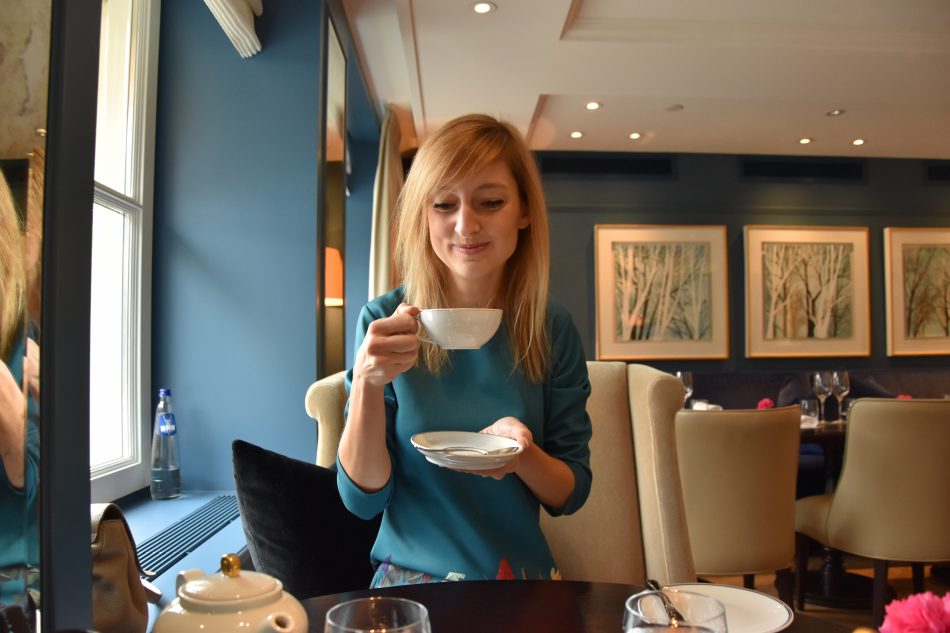 The Waldorf Astoria Hotel in Amsterdam is generally considered the best hotel of the Netherlands. As a foodie it was high on my bucket list to once have lunch there. I can tell you: it didn’t disappoint! I had a three course lunch at this luxury hotel on the canal belt in Amsterdam. The Waldorf Astoria Hotel is housed in 6 canal palaces dating from the 17th century.
This ensures that it’s one of the most beautiful hotels you’ll ever visit!

At the Waldorf Astoria you’ll have several options for food and drinks. You can have a Michelin star dinner at Spectrum (previously Librije’s Zusje), a beautiful lunch or dinner at Goldfinch Brasserie, afternoon tea at the Peacock Alley or a cocktail in the Vault Bar.
I went for the lunch at Goldfinch Brasserie. Both Goldfinch and Librije’s Zusje (Spectrum) are led by chef Sydney Schutte. Schutte was responsible for gaining a 3rd Michelin Star at De Librije’s restaurant, so when they opened up a second restaurant at the Waldorf Astoria they asked him to be the executive chef. In the spring of 2015 the Waldorf Astoria opened a second restaurant in their hotel; the Goldfinch Brasserie.
While you enjoy your lunch you’ll have a view over their beautiful private garden. Here I’ve had a lovely 3 course lunch. You can inform the chef of your dietary wishes and he’ll surprise you with 3 courses that are all mouth-watering. For me he made a vegetarian 3 lunch. As a starter we had this colorful dish with roasted avocado and sweet corn. It’s served with coriander, tomato and chimichurri. Ravioli is never a photogenic dish but trust me: this mushroom ravioli with Parmesan cheese and rocket is delicious! Hours later I was still daydreaming about how good it tasted. I wish this ravioli was a person so I could marry it. Really. Put this ravioli on your bucket list! The dessert was very original! You probably know the Waldorf Salad, a salad with apples, celery, raisins and walnuts that was first served at the Waldorf hotel in New York. For this dessert they created a sweet version of the Waldorf Salad! It contains all the traditional Waldorf Salad ingredients but with a surprising sweet twist. After dinner you can enjoy a cup of tea with something sweet in the Peacock Alley, the lounge that is part of the hotel lobby. It has been a wonderful experience and I felt really spoiled! If you were in doubt whether you should go to the Waldorf; please do! You’ll have a terrific time and delicious food!