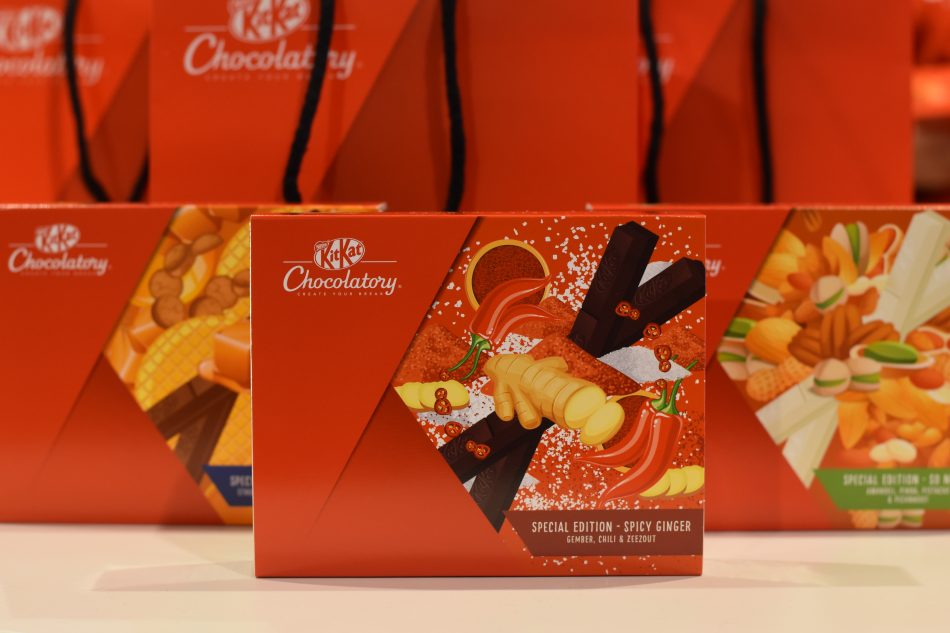 Good news for all chocolate lovers! From now on you can visit the KitKat Chocolatory in the Netherlands. After cities like Tokyo and Melbourne you can now visit the Chocolatory in Utrecht at the central station.

Yesterday was the opening and I was invited to be there. Dutch tv-host Geraldine Kemper officially opened the Chocolatory. At this temporary pop-up shop you’ll find 6 special editions. It reminds me of when I was in Japan and I tasted KitKats with wasabi, matcha tea and sake. (Read more about Japanese candy) One of the special editions in Utrecht is especially made for the Netherlands, it’s called The Dutch and it has a ‘stroopwafel’ and ‘pepernoot’ taste. My favorite was the Heavenly Dark with brownie, mocca beans, cacao nibs and popping chocolate. You can also make your personalized KitKat bar at the shop in Utrecht. First you choose between dark, milk or white and then you can choose 3 out of 15 toppings for your own bar.  You can also choose an image and a text for on the package. The KITKAT Chocolatory will only be there until December 23rd, so make sure you visit it before it’s too late.