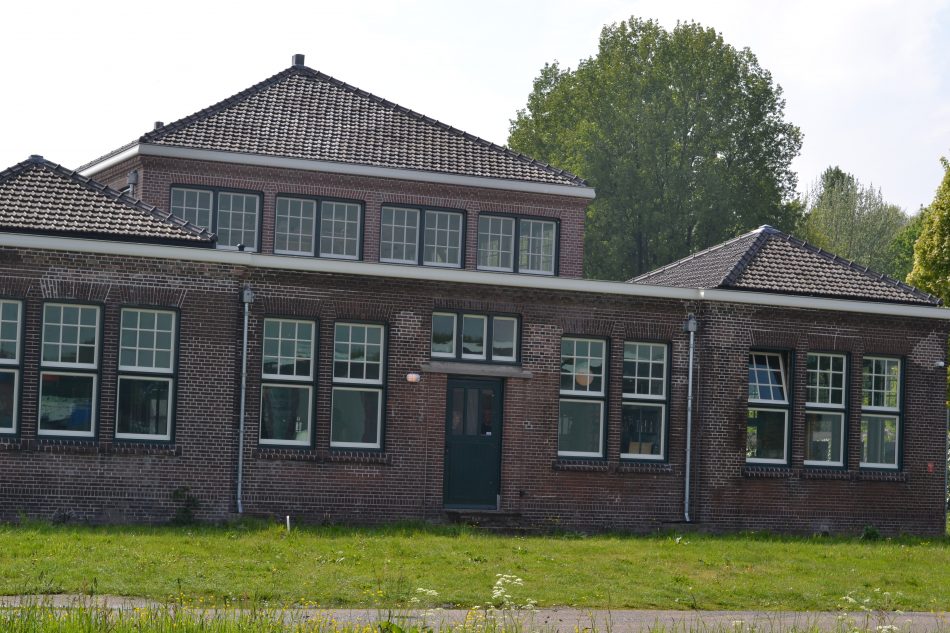 Zaandam is a small town on the other side of the IJ river from Amsterdam. Although tourists often go to Zaandam (there are still many old windmills there), locals often think it’s too far away. It’s quite a shame because it’s only a half an hour boat trip and there are a few nice food spots in Zaandam.
As of yesterday you can now go to Lab-44 in Zaandam. It’s literally next to the water where you get off the boat, so there’s no excuse not to go! In Lab-44 you find a bar and a restaurant that’s open for lunch, dinner and drinks. Unfortunately they don’t have many vegetarian options, except for 2 veggie pizza’s.
But what’s special about Lab-44 is that there are 4 brands located inside the building that sell their local products. One of them is ‘Zaanse Sambal‘. Sambal is a hot sauce that originated in Indonesia. The man behind Zaanse Sambal made it more accessible and, although it’s still spicy, you can even eat it as a spread instead of only a tastemaker for dishes. They have several varieties, even one with chocolate (as Zaandam is also known for its large chocolate production) Another local company is Brouwerij Hoop, a brewery from Zaandam. They’re  not only brewing (!) and selling beer here, they’re aso experimenting with new flavors. As the name Lab-44 suggests, is almost functions as a laboratory where experiments take place! Another experimental place is Paplab. Pap is the Dutch word for porridge and in this case they mean rice porridge. Paplab is making a modern version of this old fashioned dish. I was positively surprised when I tasted it. It was more creamy and sweet than I would have thought.

Lab-44 is located on the Hembrug terrain. Indoor (food) market Yada Yada Market is also located on the same grounds. Here you can find several stands selling all kinds of things like cheese, clothes and accessoires. They also have several food stands, including one that sells great falafel.

Zaandam is a small town very close to Amsterdam and it’s definitely worth visiting for a day! And in the evening you can go to the Yadayada Foodmarket to get this yummy falafel sandwich or something else from the several foodstands there. Check my blog for all my favorite food spots in Amsterdam!