Lakrids licorice: behind the scenes 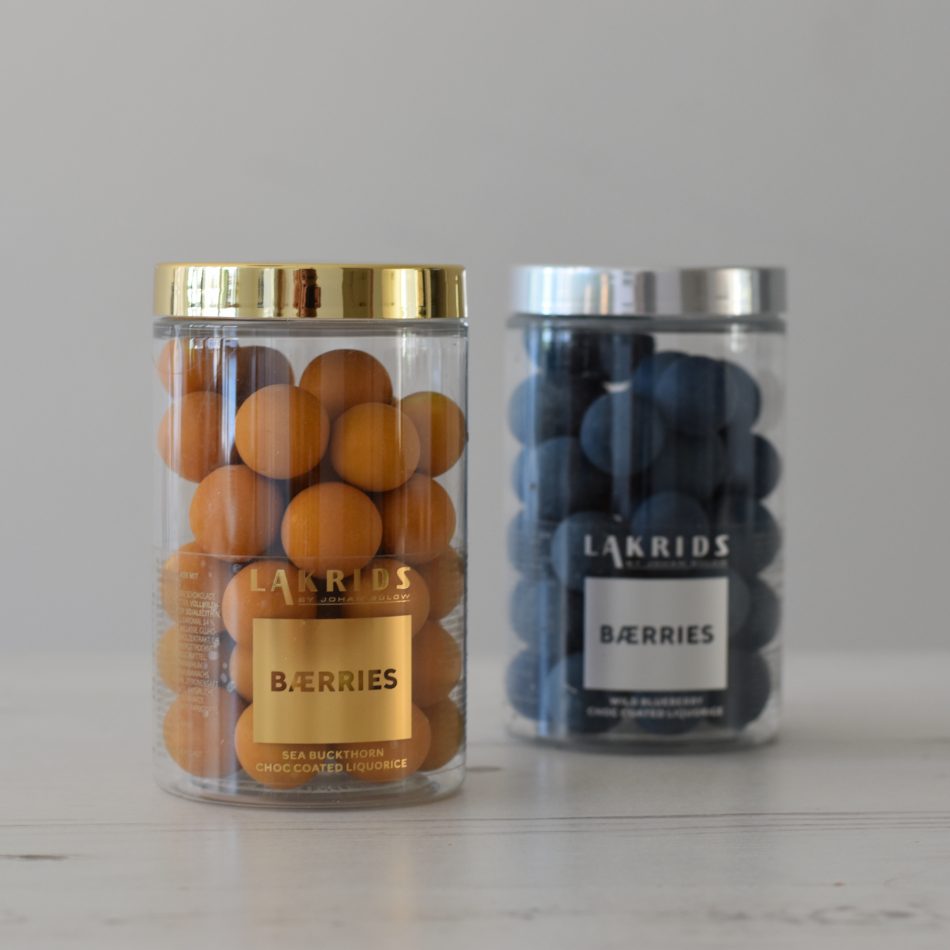 It takes almost 24 hours to make one piece of chocolate covered licorice from Lakrids. And even though it’s such an intense proces, the licorice is for sale at retail prices. This made me very curious. Such an exclusive treat, that is for sale for consumers. So when Lakrids invited me to have a look behind the scenes I didn’t think twice!
I went to Copenhagen to visit the Lakrids factory, got an exclusive look behind the factory doors to see how the licorice was made and spoke to Johan Bulow, the creator of Lakrids licorice.
I’ll tell you all about it in this blog post. Johan Bulow created his first batch of slow cooked, organic licorice 11 years ago. His parents were both entrepreneurs so Johan learned at a young age that he should do something creative that would make him happy. He created a licorice with rice flour instead of wheat flour, making it gluten free. He put many hours in creating the perfect licorice recipe, but once he had it he sold his first batch in no-time! He decided to buy a small licorice machine and created 4 licorice recipes, easily named no.1, no.2, no.3 and no.4. These licorice is still for sale. In the factory we saw the licorice machine and how the licorice was cooled on a conveyor belt before it was cut in small pieces. Not too long after that, in 2009, Johan and his product manager Tage created a chocolate coated licorice. It’s a very unique combination and when I first heard about it I thought that I wouldn’t like it. I love chocolate and I kind off like licorice, but the combination just didn’t sound tasty. But when I tried my first piece, I was sold. Realizing that chocolate with sea salt is mega popular nowadays, so the salty and sweet combination is actually a very good match.
Their first chocolate coated licorice was called Liquorice A. After the licorice is cooled and cut in small pieces, it’s being transferred to one of their round coating machines. Here the licorice will tumble for over 20 hours to get no less than 140 thins layers of chocolate coating. Since the first chocolate covered licorice, Johan Bulow and his team created many more combinations. Liquorice B with passionfruit chocolate, Liquorice C with dark & coffee coated licorice, etcetera. They also often have limited editions for example with Christmas or with Easter. On every jar you’ll find the name of the person who created this batch, giving all of the employees in the factory credits for their work. One of the employees is Francisca, she’s a taste developer at Lakrids. When we got a tour in the factory, she also let me create my own licorice! She put the basic organic licorice on the table together with ingredients like salmiak and salt. I created my own tin of Anne Travel Foodie licorice! Right now in the year 2018, Lakrids has shops in 8 countries including the Netherlands and the United Kingdom and they ship worldwide from their webshop.
To celebrate their 11 year anniversary they’re selling a limited edition 11 years liquorice. It’s based on the original recipe and is made with organic ingredients and real Belgian chocolate.
And I’ve got a scoop for you! They’ve created a vegan licorice! Normally licorice isn’t vegan as they might use ingredients like gelatin, beeswax and schellak. Lakrids didn’t only create a vegan licorice, they also created a vegan ‘milk chocolate’ coating! I hope it’ll be for sale soon! And of course I’ll keep you posted when it’s available! After our visit in the factory we got a 3 course dinner at a wonderfully set table in the Lakrids office. We started with a white asparagus starter. The other guests had chicken as the main dish, but they made a lovely vegetarian dish for me with rhubarb, corn, carrot, mushrooms and herbs. And for dessert we got the typical Danish ‘koldskal’, which is a buttermilk dessert that was served with seasonal berries. During my trip to Copenhagen I stayed at the beautiful SKT. PETRI Hotel and had lunch at Aamanns. The chef prepared several Danish sandwiches called smørrebrød for us. For some of them he even used the licorice powder from Lakrids! Pictured you see the smørrebrød with new potatoes, smoked mayonnaise, pickled pine shoots, chips and herbs.
Adam Aamann is the founder and owner of Aamann’s restaurant. His parents lived as self-sufficiant as possible, so his love for high quality produce and honest ingredients began in childhood. Adam wants to bring new life to the traditional Danish smørrebrød, which is similar to Johan Bülows mission to make the world love the traditional Scandinavion candy licorice. A trip to Copenhagen wouldn’t be complete without a visit to Tivoli, one of the oldest theme parks in the world. Tivoli is located right in the city center and has several rides, a food hall, a hotel and quite a few food stands. Johan Bülow also has a Lakrids shop in Tivoli. Besides all the licorice, the also sell licorice soft serve ice cream there!

Got curious? You can buy Lakrids online here, or click here to read about my favorite hotel in Copenhagen.