Make your own pickled red cabbage 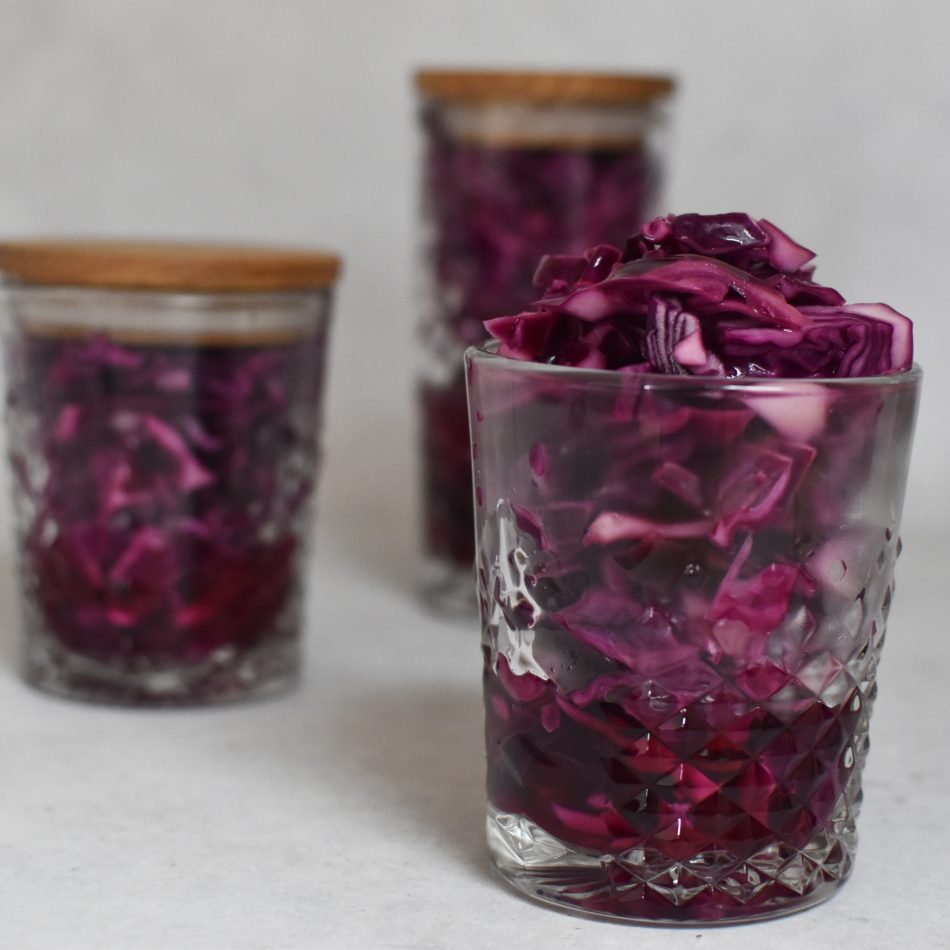 If you’ve never pickled your own vegetables before, you might think it’s a lot of work or that it’s difficult. But it’s actually mega easy! It only takes a few minutes to prepare it, and then you let it rest so that the flavors combine. You can pickle all kinds of vegetables, like cucumbers and onions.
But you can also make your own pickled red cabbage. I think this is a great recipe because if you buy a whole red cabbage because you need some in a dish, you often don’t need the entire cabbage. With this recipe you don’t have to throw away the remaining cabbage.
This pickled red cabbage can last 2-4 weeks in the fridge, so you can use it for another dish later.

Let the pickled red cabbage drain in a sieve before serving.

The pickled red cabbage is great with all kinds of dishes. I love it on my vegetarian tacos.