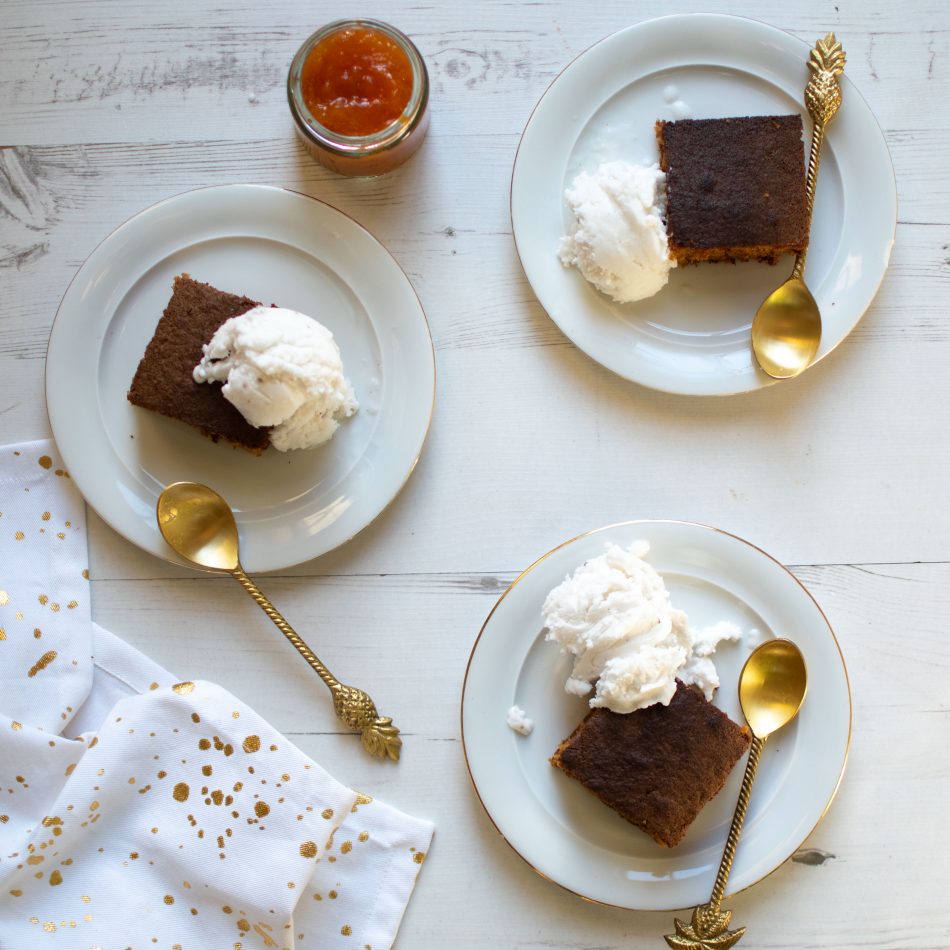 Malva Pudding is a dish that originated in South Africa and is a very popular dessert there. Most restaurants will serve it. The pudding has the structure of a cake and has a light apricot taste due to the apricot jam that is used in the recipe. It’s often served with hot cream or, as I did here, with ice cream.
Where the name comes from isn’t clear. The most accepted theory is that it comes from the Afrikaans word ‘malvalekker’ which means ‘marshmallow’.
The dish became popular in the United States when Oprah Winfrey’s personal chef served it during a Christmas dinner in 2006.

Ever since our trip to South Africa I wanted to make Malva Pudding myself. The direct inspiration came when I had a tub of Professor Grunschnabel Maromokotro ice cream. This lactose free vegan ice cream is a pure coconut ice cream with Madagascar bourbon vanilla. Inspired by the African vanilla, I decided to make the Malva Pudding and serve it with this Madagascar inspired vanilla ice cream.

Preheat the oven to 180 degrees Celsius. Beat the eggs with the sugar until stiff. Add the milk and apricot jam. Melt the butter. Add to the egg mixture. Add the flour and the baking soda en mix well.
Line an oven tray with parchment paper and pour in the batter. Bake the malva pudding for 35-40 minutes.
Cut the malva pudding in 8-10 squares. Serve each square with a scoop of ice cream.
You can enjoy the malva pudding when it’s still warm, but it tastes just as good the next day when they’re cooled down.