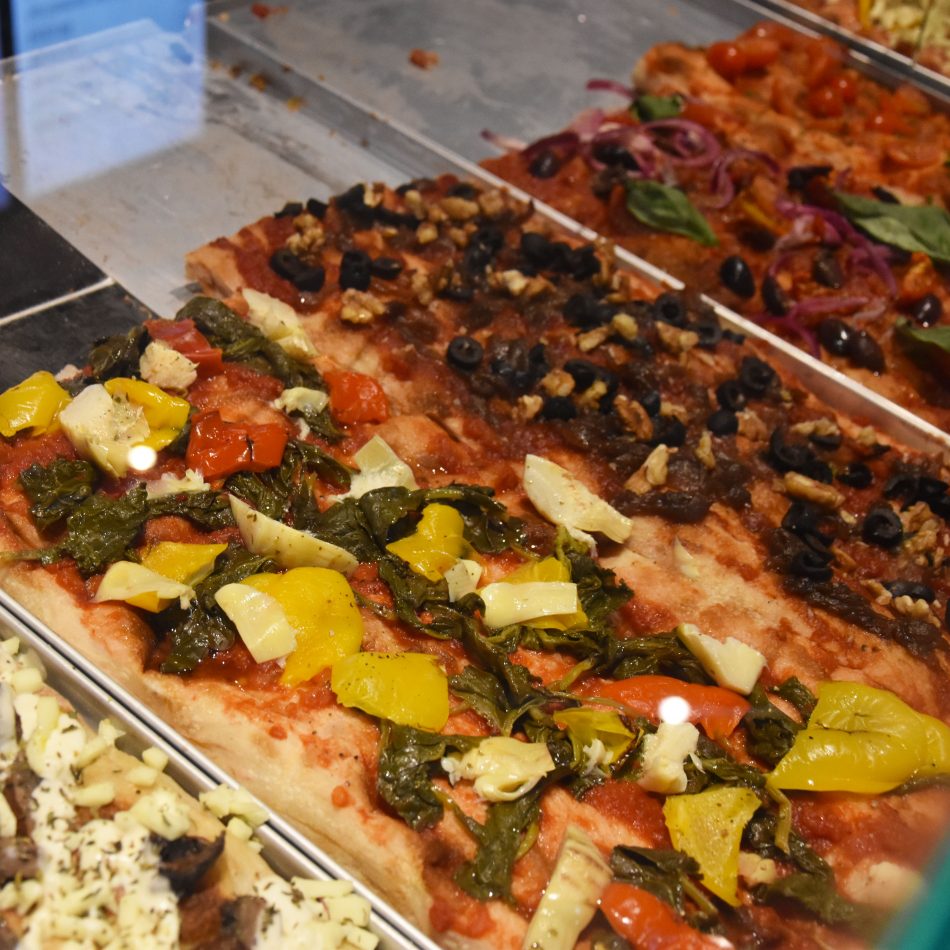 After opening up in Rotterdam and Amsterdam, you can now also visit Sugo Pizza in Eindhoven. This new Sugo Pizza restaurant has opened up on the Nieuwstraat in the city center of Eindhoven.
You don’t get round pizza’s at Sugo, but Pizza al Taglio, a rectangular shaped pizza of which you’ll get a (also rectangular shaped) slice. They cut the slices of with scissors when you order them. When you’ve picked your favorite flavors they warm them up for you in their ovens. If you order 2 or 3 slices you’ll have a satisfying meal.

What I like about Sugo Pizza, and what makes them different than other pizzeria’s, is that they have many vegetarian and several kinds of vegan pizza’s. What their topped with depends on the season but when I was there they had a delicious vegetarian pizza with mushrooms and blue cheese. As I said they also always have several vegan pizza’s available at Sugo Pizza in Eindhoven. I had a vegan pizza with artichoke, one with sun-dried tomatoes and olives and one with spicy homemade arrabiata sauce.
Besides pizza’s they also sell salads and desserts. When you enter Sugo Pizza you’ll first see the counter with all the slices. You can have a look and order your pizza straight away. Behind the counter is a small step up to an area with tables and chairs where you can sit down to enjoy your (vegan) pizza. There are several small tables, but you can also sit down at the big table with a handmade Eindhoven artwork on it. `