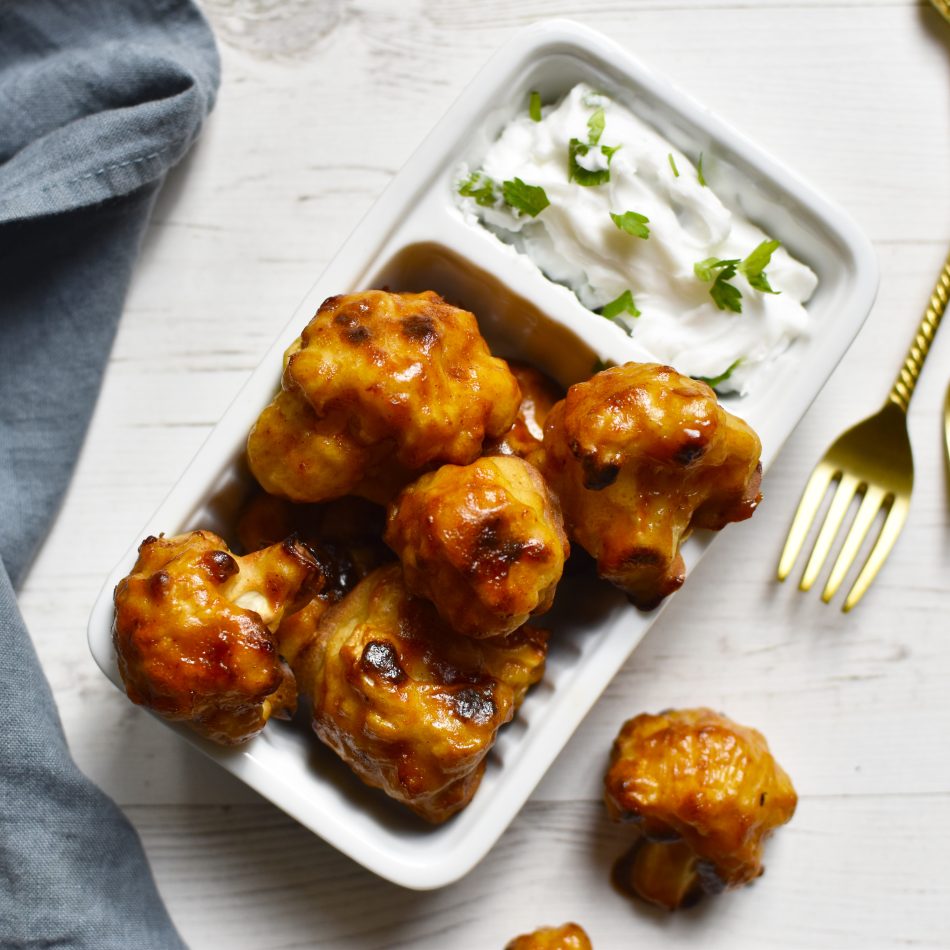 There’s really not any food that you have to miss if you eat vegetarian or vegan. I’m convinced that there’s a good plant-based replacement for every animal-based product. These vegan hot wings are the living proof. I made these wings from cauliflower. On this page I’m sharing my recipe for oven baked vegan cauliflower hot wings.

The trick to make these vegan wings super tasty is in the outer layer. You want that to be crispy and flavorful. A good BBQ sauce is your best friend when making these wings. Did you know that, in general, BBQ sauce is vegan? I think it’s a great invention, because you can make many ingredients taste like meat with BBQ sauce. Like vegan pulled jackfruit tacos that taste like they have pulled chicken.

In a small bowl, mix the BBQ sauce and the olive oil.
Spread the BBQ sauce over each cauliflower floret and bake them for 10-15 more minutes.