Recipe: make your own phyllo dough 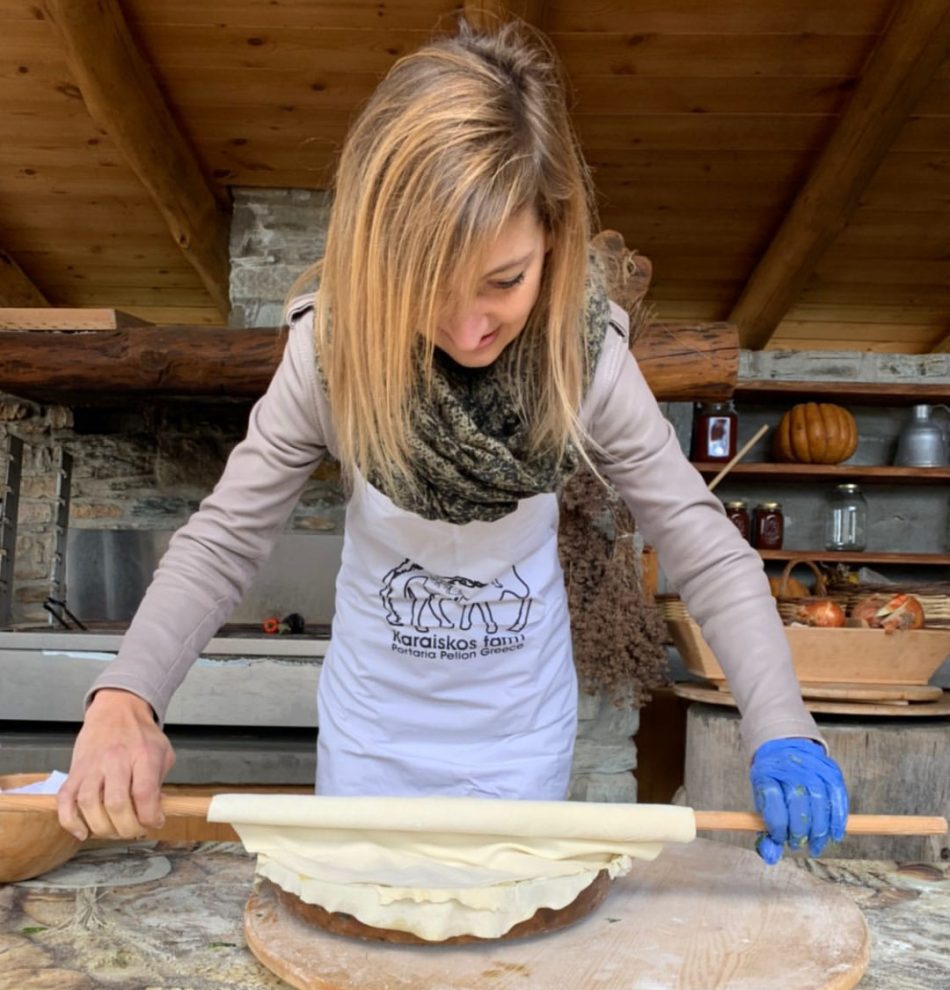 I learned this recipe for phyllo dough when I did a cooking workshop at Karaiskos Farm in the Pelion region in Greece.
Of course making phyllo dough from scratch is a lot more work than just buying it in the store. But it’s also fun to do and it tastes much better if you know how much work has been put into it. And I think it tastes much better than store-bought phyllo or filo dough!

Put the flour in a large bowl, make a puddle in the middle and pour in the olive oil and the vinegar. Add the salt. Start kneading. Add some lukewarm water. Don’t add too much, you can always add some more later if the dough is too dry. The dough will be ready when it’s smooth and not sticky.
Sprinkle a little bit of olive oil over the ball when it’s ready and use your hands to even it out. This way you’ll have a thin layer of oil over the dough.
Cover the dough with a clean towel and set it aside for 20 minutes to rest.

Divide the dough in 5 pieces. They should be the size of a small fist.
Using a rolling pin, roll out the first piece of dough on a floured surface. You’ll have to roll it quite long to get the very thin phyllo pastry size. When it’s done, the size should be a bit larger than a pie tin. If the dough is too sticky you can add a bit more (corn) flour.

You can use this phyllo dough to make Spanakopita.