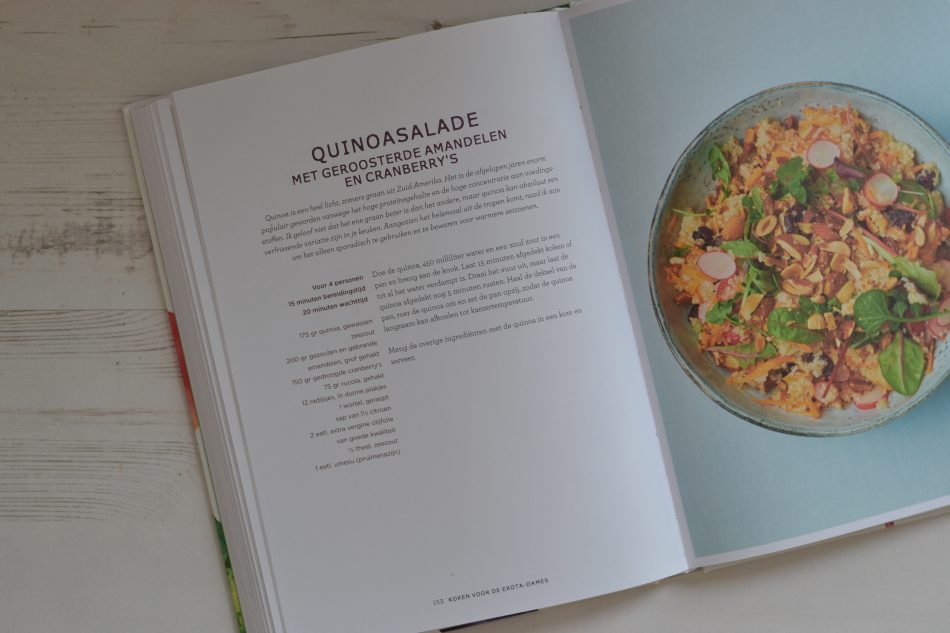 I love getting inspiration from cookbooks. Sometimes it can be annoying that there are many dishes in a cookbook that aren’t my taste. Some books have many recipes with meat for example (I’m a vegetarian), or have a long list of ingredients or ingredients that are very difficult to find. All of those things don’t apply to Vegan for Friends. This cookbook shows that it’s easy to make healthy vegan dishes! The book is written by Alexander Gershberg, which some of you might know because of his blog Vegan Sundays. Alexander was born in Russia, raised in Israel and has been living in the Netherlands since 2006.
In his book he made vegan versions of dishes from all three countries, which I really like since I love to travel and eat food from all over the world! Unfortunately the cookbook is only available in Dutch (for now), but I’ve made a recipe from it so I can share it in English with you.
I’ve made his quinoa salad. This salad is super easy to make, healthy and very colorful! Below is the recipe for 4 people.

Prepare the quinoa as is stated on the package and let it cool to room temperature. Mix all the other ingredients together with the quinoa in a bowl and you’re all set!
This dish is super easy to make right? And you might already have half of the ingredients in your cupboard. You can order the cook book (in Dutch) here.