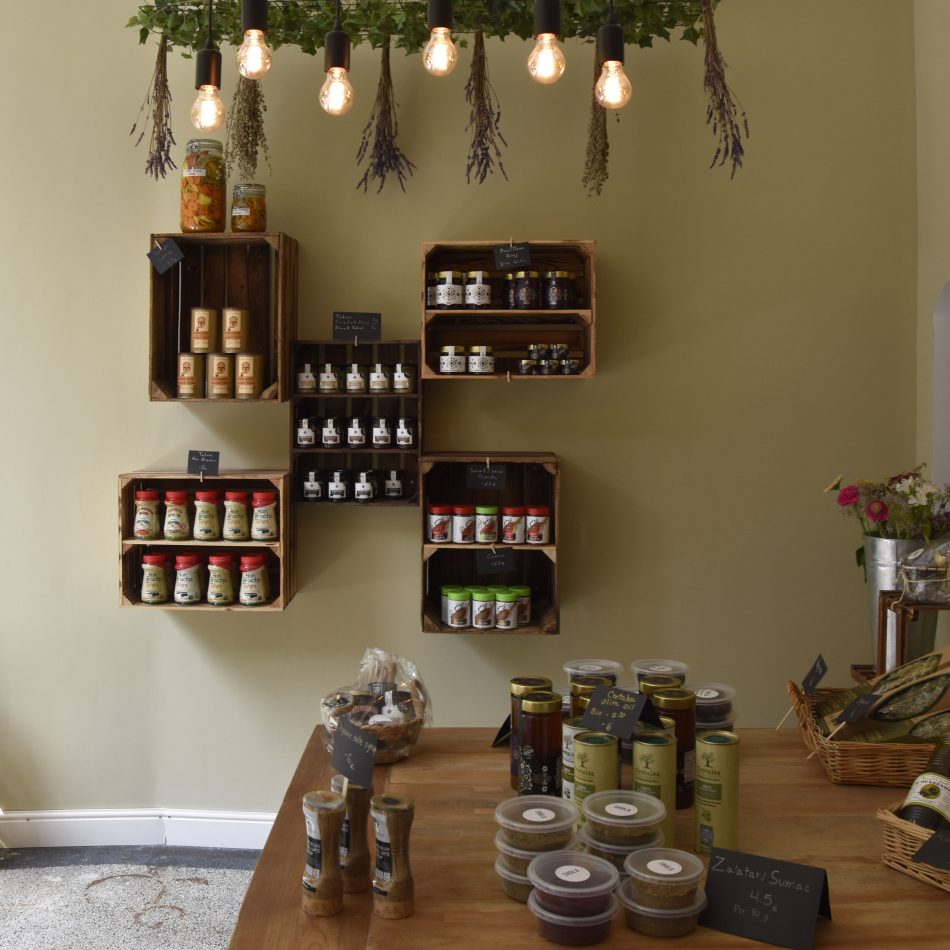 Shula Deli is a Mediterranean style Deli in Amsterdam. They sell all kinds of take-away dishes, mostly inspired by the Israeli kitchen. As you might know, Israel is my favorite food destination. I love Israeli dishes like hummus, falafel, sabich, babka and more. Shula Deli sells many of these dishes too. The menu changes regularly but they always have salads and mezzes. And there are plenty of vegetarian and vegan dishes available. They also make their own hummus at Shula Deli, and it’s super creamy! You never want supermarket hummus again after you’ve tried the hummus from Shula.
The best thing to do is to get several different dishes and create a family dinner or eat them with friends.

The story behind Shula Deli

Shula Deli opened up in June 2021. Owner Yoav Siev grew up in Israel and worked as chef in some of the best restaurants in Tel Aviv. When the restaurant he worked at in Tel Aviv had plans to open up a restaurant in Amsterdam, Yoav moved to the city. But due to the Corona crisis, the restaurant never opened up. Yoav decided to make dishes for his friends and the Israeli community in Amsterdam. This way he started a little catering company. This lead to the opening of his own deli in the Pijp a few weeks ago.
Besides the to-go meals, Yoav also sells high quality products like Israeli Tahin or mango sauce from Iraq.

Shula is an Israeli name, it’s a bit of an old-fashioned name and that’s not strange. Shula is the name of the grandmother of Liri, Yoav’s wife. He named the deli after her to honor her. She was also a great cook and she inspired Yoav to work at some of the best restaurants in Tel Aviv. She was also a great hostess. Just like his grandmother-in-law, Yoav wanted to have a welcoming shop that makes high quality dishes. And I think he did great at that with Shula Deli.