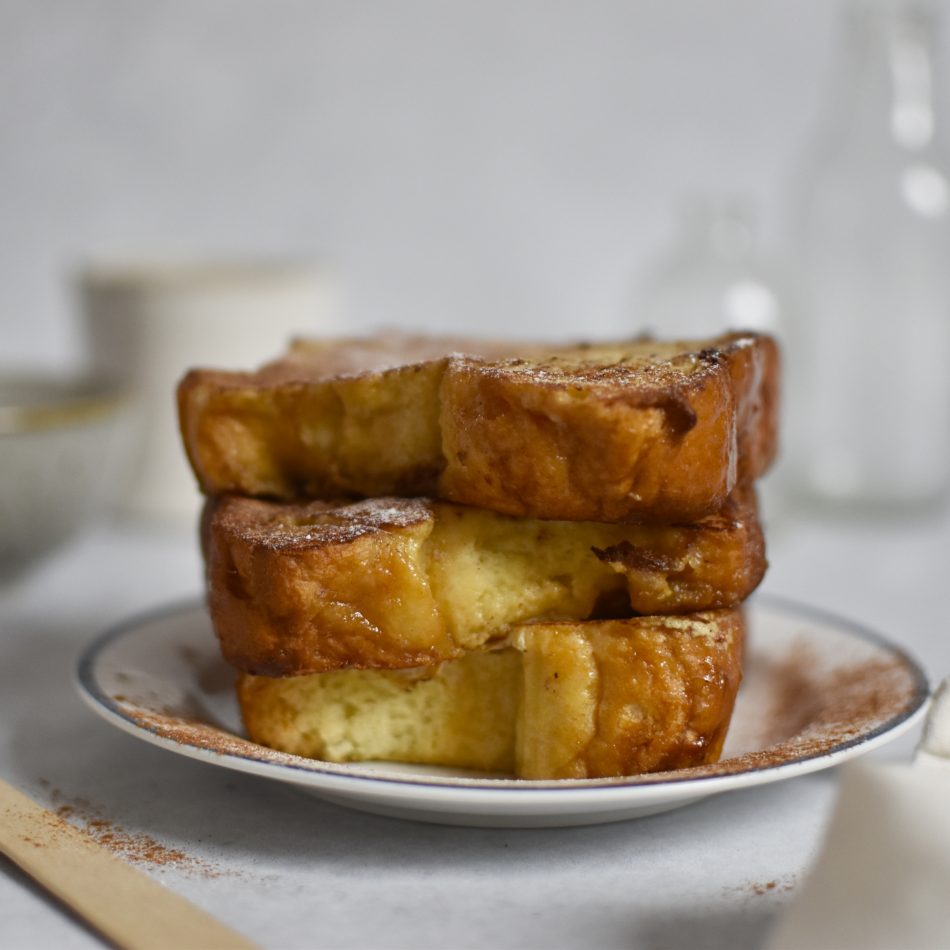 The best way to make French Toast if you ask me, is by making it with Sugar Bread. Sugar Bread is a loaf of bread with sugar lumps that originated in the province of Friesland in the Netherlands. I know many people make French toast with leftover bread, but trust me: it’s much better making it with thick slices of sugar bread. On this page I’m telling you all about sugar bread French toast.

Sugar bread, or sometimes called sugar loaf, is called Suikerbrood in Dutch. It’s a yeast-based bread that is often considered a luxurious version of a white bread. It’s eaten throughout the Netherlands and Belgium but is mostly associated with the Dutch province Friesland. Besides the sugar lumps inside the bread, it’s often also flavored with cinnamon. Most bakeries and supermarkets in the Netherlands sell Sugar Bread.
It’s my favorite bread to make French Toast with, although obviously it’s not a healthy choice. That’s why this recipe isn’t in my list with healthy breakfast recipes, but in the Sugar Sunday category.
So if you want to spoil yourself for brunch anytime soon, make sure to scroll down and check the recipe for Sugar Bread French Toast.

In a bowl, whisk the egg until beaten. Add the milk and cinnamon and whisk until combined.
Warm some butter in a frying pan. Shortly soak the slices of sugar bread on both sides before frying them for 1-2 minutes on each side until golden brown.
They taste great on their own or with a bit of extra cinnamon or powdered sugar. But you can also add some quark, yogurt and fruit like strawberries, banana or raspberries.