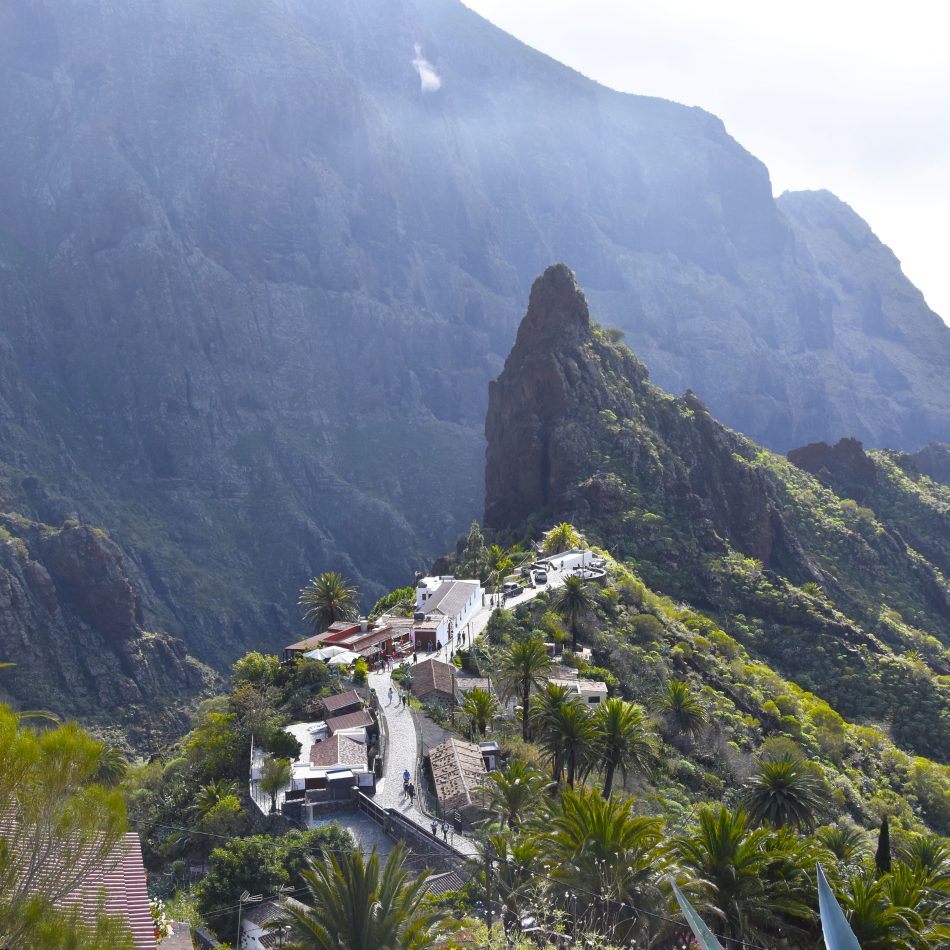 Tenerife is the biggest and most popular island from the Canary Islands. This island group belongs to Spain but is located west of Morocco in the Atlantic Ocean. Because of its location, the temperature is nice any month of the year. Making the Tenerife, and the other Canary Islands, a very popular destination to escape the cold European winters. On this page I’m sharing my travel blog on Tenerife. I’m giving you practical tips, I’m telling you where you can stay best, what you can see and do and, of course, where you can eat on Tenerife.

To make the most out of your visit, I recommend you rent a car on Tenerife

. We rented a car for the full length of our stay. This way you can go out to explore the island every day. Many sights on Tenerife are not easy. to reach by bus and by car you are of course way more flexible. We always book with Sunny Cars if we rent a car, because they’re always fully insured for no extra costs. We landed on Tenerife South Airport and departed from Tenerife North Airport, so it was also nice that we could pick up the car on one side of the island and hand it in on the other.

Where to stay on Tenerife

I would recommend you to stay on the South of the island as the weather is generally nicer there. On the South-West coast you’ve got two beach-side villages that are connected to each other: Playa de las Américas and Los Cristianos. It’s super touristic, but that does also mean that there are many restaurants and shops all within walking distance. And there are three nice white sand beaches. We stayed at Apartamentos Vista Sur. We had a two floor apartment with two balconies both overlooking the ocean.

The top sight of Tenerife is the vulcano El Teide. This vulcano in the center of Tenerife is one of the highest mountains in the world measuring from the sea bottom. The best way to see El Teide is by cable car. But be aware that you must plan your visit in advance. Not only do you need to reserve tickets for the cable car that often sells out days in advance, you’ll also need a permit to enter the National Park.
If you didn’t arrange this in advance, you can still drive around El Teide and see the peak from quite close by.

The capital city of Tenerife is Santa Cruz de Tenerife. You can find the city on the North-East coast of the island. It’s a nice city to visit and do some shopping or go out for lunch or dinner.
It’s worth walking to the Auditorio de Tenerife Adan Martin just South of the city center. This auditorium has a futuristic, curved design.
My favorite restaurants in Santa Cruz de Tenerife are La Casita, La Verduleria, Wakanda Gastropub and Compostelana. All four restaurant have great vegetarian and/or vegan options.

Just a short drive westward from Santa Cruz you can find the city San Cristobal de La Laguna, or often in short referred to as La Laguna. This charming city has many colorful houses and was declared a UNESCO World Heritage Site. It’s a great city to stroll around in, take picture of the colored old houses and have some good food. My favorite restaurants in San Cristobal de La Laguna are Brasilia, Veggie Pinguin and La Abadia.

Masca is a small village, literally located on the top of a mountain. Only 90 people live in Masca, and they must plan ahead if they’re doing groceries as the town is not easy to reach! A winding road takes you there with many hairpin bends. But it’s definitely worth a visit. The green lush mountains make for a stunning view.

The Punta Teno lighthouse can be found at the most Western part of Tenerife. It’s located on a small peninsula, on a rocky part of land. The red-white lighthouse makes a beautiful contrast with the dark stones.

Los Gigantes is the name of a coast town and also of the giant rock formations that you can find there. The rocks rise 500 to 800 meters from the sea, making a spectaculair view. There are several viewpoints just south of the town.

Charco De La Laja is a natural pool formed by volcanoes. The clear blue water is surrounded by black rocks. You can find Charco De La Laja in the North of the island. Note that it only fills up with water at high tide.

Playa de los Roques is one of the most photographed beaches on Tenerife. It has a huge rock formation with a hole in the middle, making an arch. You can find it on the North of the island, not far from Charco De La Laja.

La Giganta is a giant statue of a lady sitting down in Santa Ursula. The giant is partly covered by plants, making her blend in perfectly with nature.