10 Top Sights and Activities in Riga 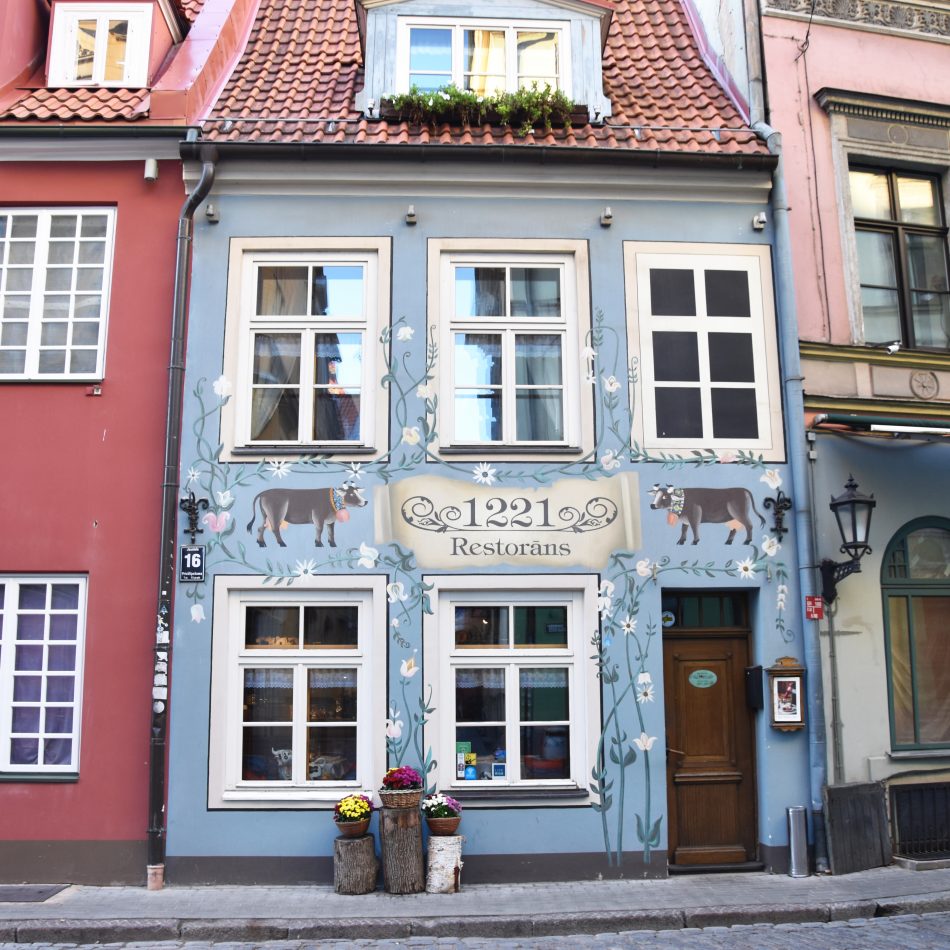 A while back I was in Latvia and we started and ended our trip in the capital city of Riga. Even though it’s not a very big city, there are many nice sights and activities in Riga. On this page I’m sharing my top 10 things to see and do in Riga. The Blackheads house was built in 1334 for unmarried German merchants of the Blacheads guild. It was torn down by the Sovjets, but the original blue prints survived and a replica was build between 1999 and 2001. The Central Market in Riga is one of Europe’s biggest markets. They sell everything; from flowers to fish and from pet food to pyamas. The market has an outside area where they sell fruits, vegetables, nuts and flowers. The Central Market also has 5 indoor markets in big buildings. The buidlings are German Zeppelin hangars. The Central Market is a great place to buy your Laima chocolate souvenirs or to get breakfast at one of the bakeries.

Don’t forget to look up if you’re walking around in Riga, otherwise you’ll miss the two cats on the roof of ‘the Cat House’. The story of the cats is quite funny. It is believed that the owner of the house wanted to be part of the guild that was located opposite his house. When they turned him down he placed two black cats with arched backs and raised tails on his roof. They were pointing with their behinds towards the guild house. Eventually a settlement was found; the house owner was accepted to the guild and in return he turned the cats around so that their bum was no longer facing the guild’s house. The Freedom Monument is a large sculpture, erected in 1935. It’s build to honor the soldiers who died in Latvia’s battle for independence. On the top of the monument is a statue of a woman holding 3 stars, representing the three provinces of Latvia. At the base of the monument the motto For Fatherland and Freedom is inscribed. One of my favorite activities to do in Riga is to follow a pastry workshop at Gastonomijas Instituts. I did a workshop on how to make Zephyrs, but they offer all kinds of baking workshops. From making Eclairs to Pavlova and from decorating cupcakes to baking Pastel de Nata from Portugal. Keep an eye out on the Gastonomijas Instituts Facebook page for their upcoming workshops. The City Canal Park is a thin, long stretched park with a river, bridges, statues and many trees and flowers. This lovely park starts at the Latvian National Opera building and divides Old and Central Riga. It’s a lovely place to stroll around in. One of my favorite things to do in any city is to see an Improv Comedy Show. I do Improv as a hobby myself with my troupe Home Improvement in my hometown Tilburg, so it’s always great to see other improv groups perform. In Riga there’s a great group called but they always perform in Latvian. Luckily there are also Improv Comedy shows in English in Riga. Improv Comedy Riga organizes workshops led by improv professionals from all over the world and produce shows for English speaking audience. The Three Brothers are three buildings next to each other in the Old Town of Riga. They’re one of the oldest houses in Riga and can be found at Maza Pils Street. The building on the right is the oldest one, dating back to the late 15th Century.

The Radisson Blu Hotel is the highest building in the city. It has a Skyline bar on the 26th floor. You can get up there free of charge to enjoy the views, but it’s worth buying a drink as the drinks are very unique. They also serve Asian tapas at the Skyline bar. They’re open from noon to around 2AM. Also offering nice views from the city is the tower from the St. Peter’s Church. There’s been a bit of a curse on the church tower with it being destroyed or demolished several times. Luckily it’s renovated and open to visitors. The tower is 123 meters high and you can take the elevator to the top.

Got some extra time to spend in Latvia? Visit Gauja National Park!

Click here for all my travel blogs on Europe.