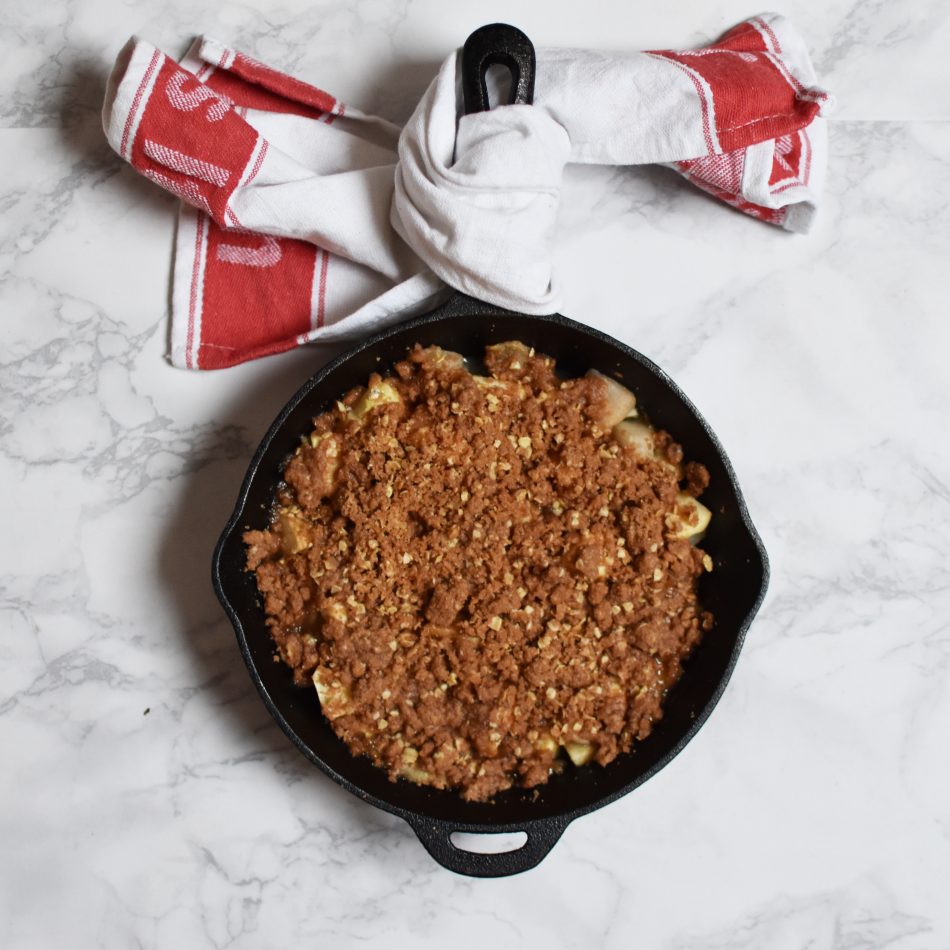 The main ingredient that normally isn’t vegan when making an apple or pear crumble is the butter. But you can simply replace it by margarine to make a vegan crumble. Not every margarine is completely plant-based, so pay attention when you’re buying your margarine. I used the Pure margarine from Becel as that’s 100% vegan and free from palm oil.

I also gave this vegan apple pear crumble a healthy twist as I didn’t add any refined sugars. The apples and pears are sweet enough on their own.
You can choose to buy a mix for fruit crumble or to make your own crumble.
I used an organic crumble mix that made it super easy to make this vegan crumble, I only needed to add the apples, pears, margarine and some lemon juice. But you can also make your own crumble from scratch by mixing flour, oats, cinnamon, ginger and a bit of salt.

Preheat the oven to 180 degrees Celsius. Peel the fruit and cut it in cubes. Cut the margarine in smaller pieces. Put the fruit and the lemon juice in an oven proof tray and mix well. Add the baking mix in a bowl with the margarine and knead with your hands until you’ve got big crumbs. Don’t kneed too long because then you’ll have one big ball of dough.
Divide the crumble over the fruit and bake in the oven for 35 to 45 minutes.

Got some leftover margarine? Click here for 3 recipes with margarine.