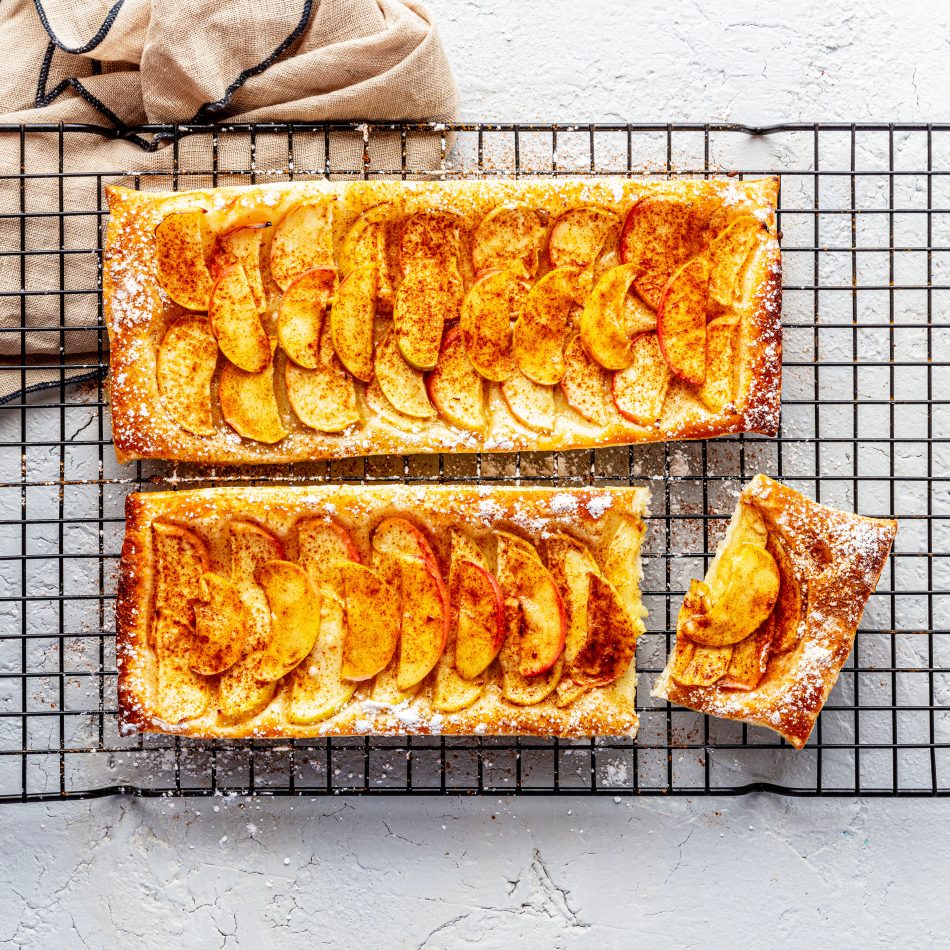 On this page I’m sharing the recipe for vegan apple strudel. Or ‘Apfelstrudel’ as it’s originally called. Apple Strudel is a pastry made with apple that’s very popular in countries like Austria, Germany and the Czech Republic. On this page I’m sharing the recipe of a vegan version of apple strudel. To be honest, for a traditional ‘strudel’ you actually need to wrap the dough al around the apple. This version is more like an apple tart. But whether you call it vegan apple strudel or vegan apple tart, I’m sure everyone will love this recipe!

I got the recipe for this vegan apple strudel from Rude Health. A brand that sells dairy-free milk alternatives. They brought out a free e-book filled with dairy free recipes from all around the world. You can download the free e-book here.
The e-book includes some very original dishes from all kinds of countries. Like parfum-cake from Kuwait and Pampoen Fritters from South Africa. All the recipes in the e-book are vegan.

Preheat the oven to 180C.
Mix the first 6 ingredients in a bowl. Add in the almond milk and the oil and mix it all. Form a dough.
Line a baking tray with parchment paper and roll out the dough to 2 thin rectangles.
Cut the apples in 4 pieces, remove the cores. Cut every piece in thin slices. Divide the apple slices over the dough.
Bake the vegan appel strudel in 25 minutes until golden brown.