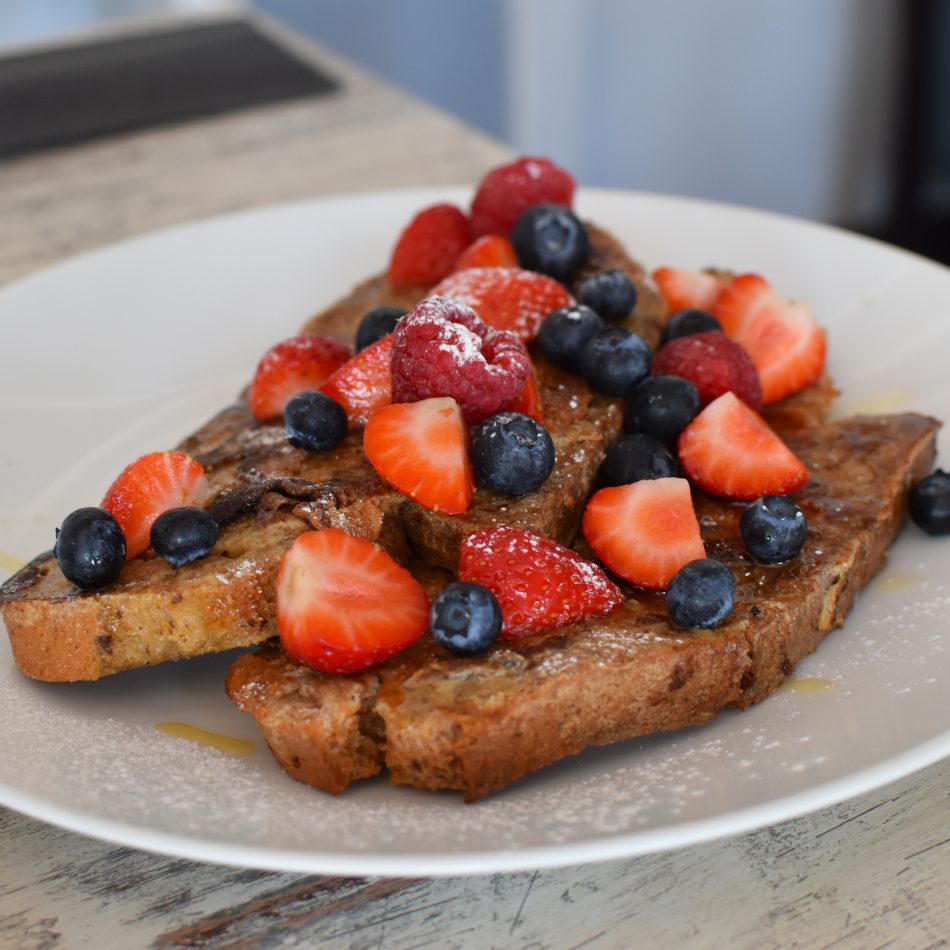 French Toast is one of my favorite brunch dishes. But as it’s normally made with egg it’s not suitable for vegans and women that are pregnant need to be careful with it too, as you never know if the egg is totally cooked. If you’re eating vegan or if you’re pregnant this vegan French Toast recipe is a great solution! On this page I’m telling you how to make vegan French toast.

The two things that normally make a French Toast non-vegan is the milk and egg mixture that you dip the bread in. Milk is easily substituted by plant-based milk, so that shouldn’t be a problem. I actually like almond milk better to make French Toast anyway.
But the egg might be more difficult to replace. And the egg is also what can give pregnant women some insecurity. In general it’s safe to eat French Toast when you’re pregnant as the egg isn’t raw anymore. The toast dripped in raw egg is cooked and when egg is cooked, there’s no danger anymore. But the problem is that the milk-egg mixture will get into the bread and you won’t know if that part is totally cooked. I made French Toast Waffles and there it’s even a bigger risk. Because the inside of the squares on a waffle don’t touch the skillet if you fry them.
With this vegan French Toast dip you don’t have to worry about it. It’s totally safe! This vegan French Toast recipe is also great for those who eat lactose or dairy free.
Just a small note for pregnant ladies; too much cinnamon isn’t good for your unborn child. That’s why you’re advised not to take any supplements with cinnamon. Small portions like this French Toast are no problem during your pregnancy at all.

Instead of cow’s milk and egg, I used plant-based milk and, here comes the secret, custard powder. And I still added cinnamon of course.

Mix the almond milk, custard powder and cinnamon in a bowl. Shortly soak the slices of (stale) bread in the mixture and fry them in margarine or coconut oil.

As I said, I made Vegan French Toast Waffles. You can make vegan waffles with this recipe and use the same mixture. Be careful not to soak the waffles for too long, or they’ll fall apart.