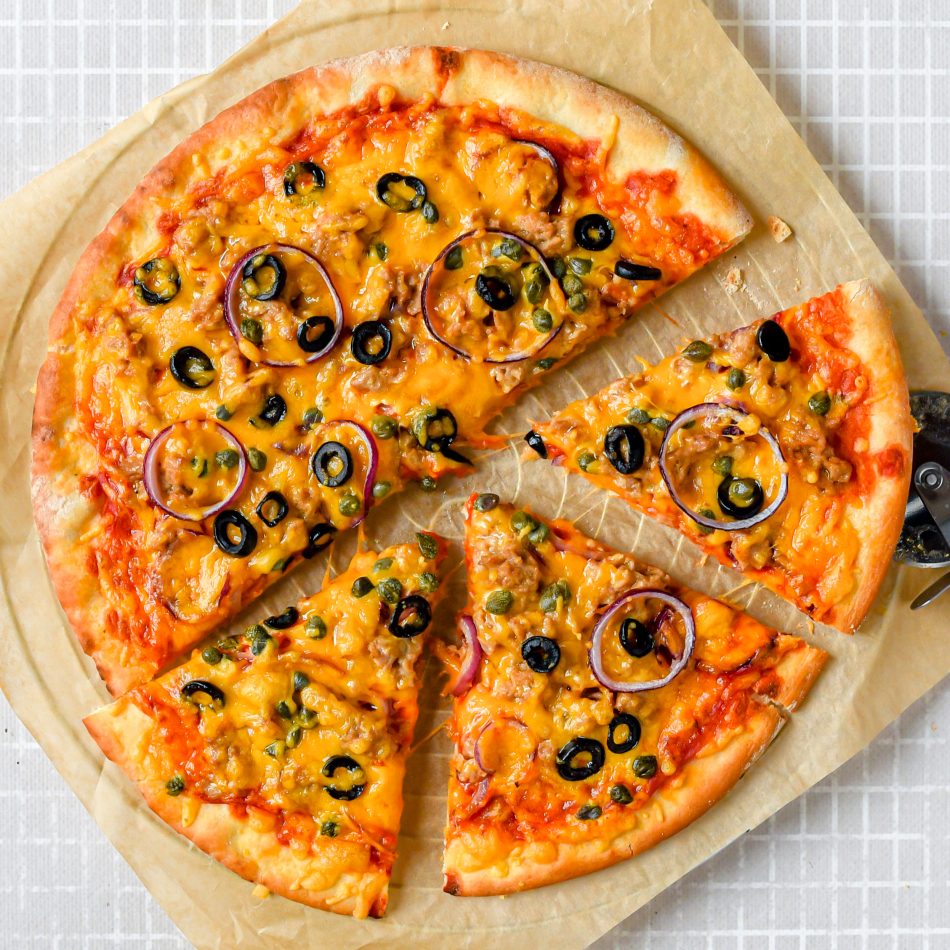 There are several brands that sell vegan tuna nowadays. For this pizza I used the fish-free tuna of Seasogood. A Dutch brand that sells vegan tuna in cans. These cans have a long expiration date, so you can always have one ready in your pantry. You can buy the Seasogood fish-free tuna at Albert Heijn and Plus supermarkets in the Netherlands.

This pizza also has vegan cheddar cheese on it. There are also several brands selling vegan cheese. One of my favorites is vegan grated cheddar from Albert Heijn.

Pre-heat the oven to 220 ᵒC.
Top the pizza: divide the red onion rings and the fish-free tuna over the pizza base, followed by the cheddar cheese, olives and capers. Put the pizza on a parchment lined baking sheet and bake for 8-10 minutes in the oven until the pizza is golden-brown and crispy.
Cut the pizza in slices and serve.