Around the world in 10 vegetarian dishes 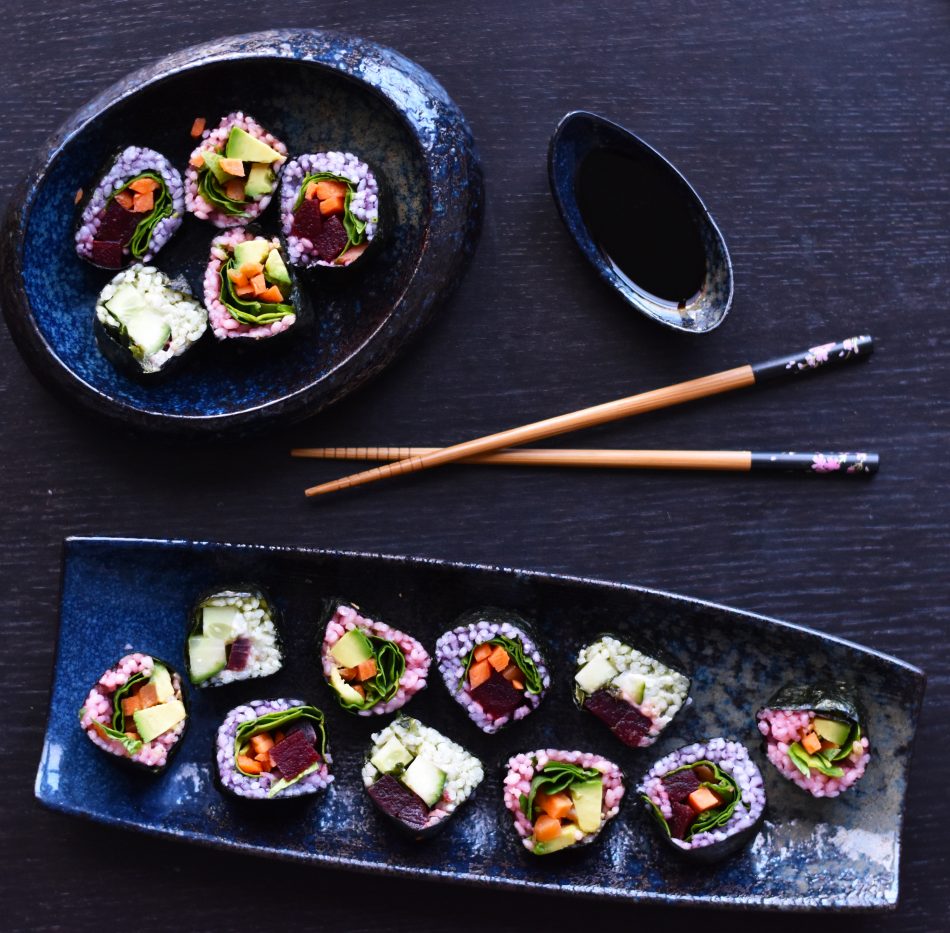 Because of the Corona crisis we aren’t able to travel. Many of you might have had to cancel their already booked trip and we all find it difficult to plan new trips until we know how long this situation is going to last. But you can create a vacation feeling in your dining room by cooking dishes from your favorite holiday destination! On this page I’m sharing vegetarian recipes from dishes from all over the globe. Around the world in 10 vegetarian dishes!

If you want to feel like you’re in France, the best thing to do is make some French pastries. The French are known all over the world for their Patisserie. I’ve created a chocolate version of the classical Madeleines. Madeleines are small shell-shaped cakes that originated in the French Lorraine region (yes from the quiche).
Click here for the recipe of French Madeleines.

You might not have heard the name Spanakopita often, but you probably know what it is anyway. If you’ve ever been to Greece or any other Mediterenean country, you’ve probably seen it at the bakeries. Spanakopita is a Greek phyllo-dough spinach pie. You can use all kinds of other ingredients for the filling too, but spinach and feta cheese are the ones that are used most often. As a vegetarian, Spanakopita is one of my favorite dishes when I’m in Greece.
Click here for the recipe of Greek Spanakopita.

When I was in Latvia I found out about a sweet named Zephyr (sometimes spelled Zefir). It’s a Russian confectionery that is very popular in Latvia. They aren’t sold in the Netherlands so I had no idea what to expect. Zephyrs might look like meringues but they’re really different. For starters you won’t need an oven to make them!
Click here for the recipe of Latvian Zephyrs.

I love Thailand and I love Thai food! During my trip in Thailand I was looking forward to every next meal. One of my favorite dishes is Pad Thai. I made a healthy, vegan, gluten free version of this popular Thai dish.
Click here for my Pad Thai recipe.

The Middle Eastern kitchen is probably my favorite. Most Middle Eastern dishes are already vegetarian, so there’s no need to create a veggie version. A popular breakfast/brunch recipe in Israel is Shakshuka. The clasic version is made with tomatoes and egg, but I also created a sweet potato Shakshuka that’s great for dinner.
Click here for my Israeli Shakshuka recipe.

Ever since my trip to Mexico I love Mexican food even more than I already did. Nachos are a real favorite, I love ordering it at the bar normally. Nachos con Todo literally means ‘nachos with everything’, and although this sometimes means with minced meat, I created a vegetarian Nachos con Todo recipe. This nacho recipe is super easy to make, great party food and easy to share with friends. But it’s also perfect to just share with your partner in Corona times.
Click here for my Mexican Nachos con Todo recipe.

I learned to make this Indian curry during an Indian cooking workshop that I organized at my house. This vegetarian curry is made with paneer.
Paneer is an Indian cheese and even tough you can make it yourself, since a few months you can buy paneer in most of the supermarkets in the Netherlands.
Click here for my recipe of Indian curry with paneer.

In 2018 I went to Copenhagen to have a look behind-the-scenes at licorice factory Lakrids. Lakrids is mostly known from their chocolate covered liquorice balles, but they also have regular licorice and a Cuisine line. I used the sweet liquorice syrup from the cuisine line to make this cake. This Brødtorte (‘bread cake’) is healthier than normal cake as it’s made of rye bread which is high in fiber.
Click here for the recipe of Danish Brødtorte.

I love getting creative with sushi! I already made so many sushi variations from Sushi Cake to Sushi Pizza, and from Sushi Jars to Sushi Burgers (you can find all my sushi recipes here). Especially after my trip to Japan I’m totally into it! And I want to show you that you can make delicious sushi dishes without fish. This rainbow sushi pictures is completely vegan!
Click here for the recipe of vegan Japanese sushi.