Castles in the Netherlands 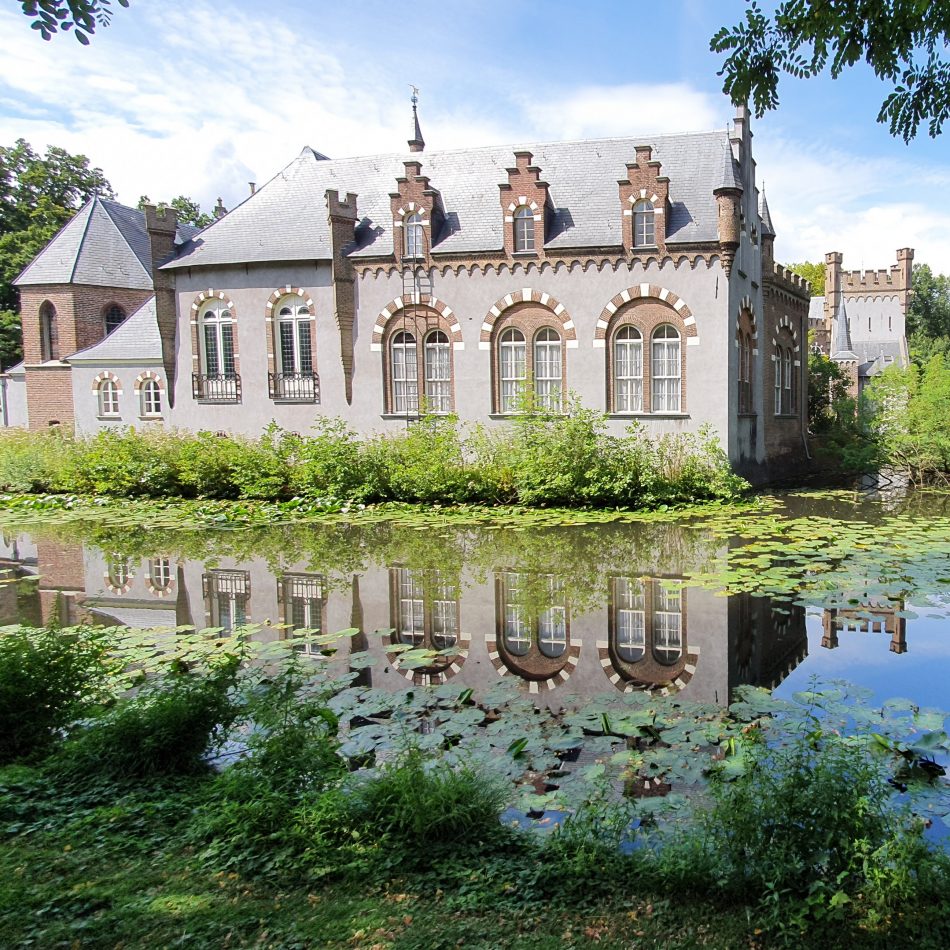 One of the most picturesque medieval castles in good condition in the Netherlands (not far from Amsterdam) is Muiderslot.  This castle dates back to 1350 although a castle sat in the same place prior to this time.  The castle is exceptionally kid-friendly and features many interactive exhibits.  Admission includes entry to the castle, a headset, and access to the grounds, which include impressive sculptured gardens. On the weekends, there are often medieval events including jousting if you check their calendar. The castle has largely been restored in its appearance to its appearance during the Dutch Golden Era, which was an important period for the castle’s owners, which included members of the Muiderkring.  The castle is free to visit with a Museumkaart.

You can find Kasteel Stapelen in Boxtel, in the province Brabant. The great thing about this castle is that it’s super close to the train station. So it’s also easy to visit for those traveling by public transport. The castle is over 700 years old. It’s has a moat around it that is perfect for great reflection posters. You can walk all the way around the castle to see all the sides. The picture at the top of this page is also from Kasteel Stapelen.

Kasteel de Haar in Utrecht is an impressive castle to visit for both adults as children from around the age 8 and up. It’s one of the biggest castles in the Netherlands and they often organize fun activities.
De Haar castle is located in a beautiful park, so it’s really nice to visit with nice weather. There’s a maze and and a great pick-nick spot. So it’s really worth a visit!

In Gelderland there are over 30 castles you can visit. Every castle has it’s own history and unique aspects. A few of these castels are located in beautiful forests, so they’re great for a bike ride. You can go castle hopping on the Veluwe, which is less than 1,5 hours from Amsterdam by train.
Pictured you see Landgoed Staverden, you can find it in Ermelo. At the brasserie of the castle you can enjoy lunch, drinks or cake.
Right next to castle Staverden on the same estate you can find beer brewery Uddelaer. The former coach house is a unique location to do a artisan beer tasting!

There’s another great castle in Gelderland, Kasteel Doorwerth. It was build in the middle ages with thick walls and water to protect it. The castle is open to visitors. There’s a museum with different parts. There’s a space decorated like how people lived in the castle in the old days. You can really experience the atmosphere of previous times here.
Furtheron you get more information about the history and surroundings of the castle. At the end of the museum there’s a changing exhibition with paintings and other works of art.
The castle is great to visit. They’re showing nice movies, interesting objects and there are interactive parts.
Castle cafe De Zalmen is a great spot for lunch, drinks and cake during your trip to Kasteel Doorwerth.

Kasteel De Keverberg in Kessel is sometimes referred to as the ‘most modern castle’ of the Netherlands. After the most recent destroying in 1944 the castle was a ruin for a long time. In 2015 it got rebuild as an initiative of the population. At that moment a big transformation took place, in which the original walls were included in a modern architectural total. This made the Keverberg castle one of the most unique ones in the Netherlands.
The castle is now mostly used for parties and meetings, so you won’t see many references to the past. You can find Kasteel de Keverberg in the North of Limburg, close to Venlo.

Click here for the most unique hotels in Europe.