Day tour from Tel Aviv to Jerusalem, Betlehem and the Dead Sea 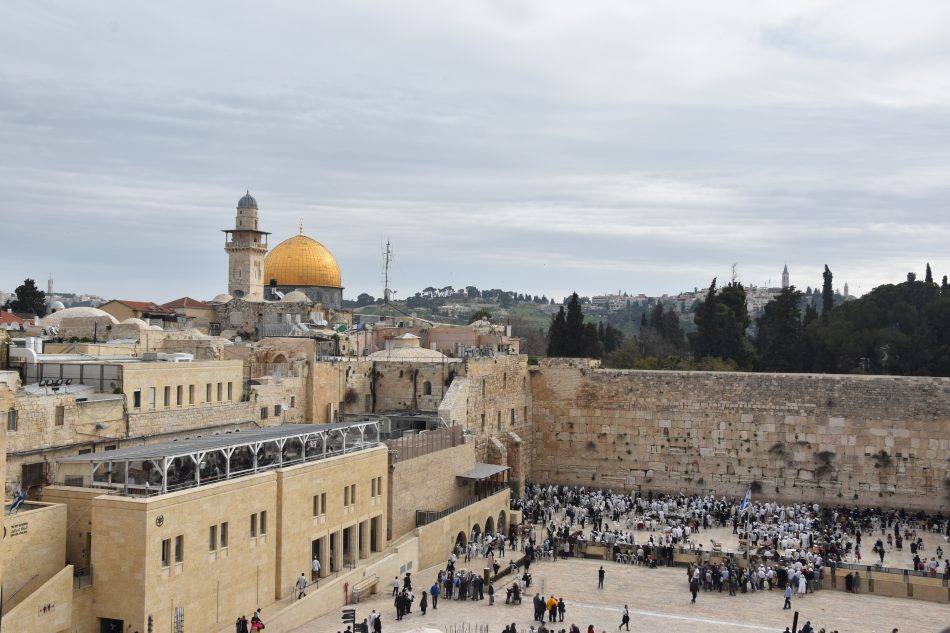 Only got a few days to spend in Israel? Take a day tour from Tel Aviv with Tourist Israel to see all the best sights in Israel in just one day. You can depart from Tel Aviv on this one day tour to Jerusalem, Bethlehem and the Dead Sea. This way you can experience all high lights of Israel in one day. The day tour is available every day of the week and you’ll be back in Tel Aviv before dinner! You can also be picked up and/or dropped off in Jerusalem.

After our pick up at a hotel in Tel Aviv we drove in a small shuttle van to Jerusalem. There we met up with our guide Noam. Noam was a very friendly guy that knew a lot about the history and culture of Israel.
The first stop in Jerusalem was in a room where Jesus was believed to have his last supper. It later turned into a mosque so you would also see Arab signs in the room.

After walking around in the Arab quarter of Jerusalem we went to the Western Wall. Noam told us a lot about the history and the importance of this place for the several religions. We also got a small note and a pen so that if we wanted we could also leave a wish behind in the wall.

After a walk through the Jewish quarter of Jerusalem it was time for what is probably the most important street in the world: the Via Dolorosa. According to the Christian tradition, this is the street that Jesus had to walk while carrying his cross to the hill where he was crucified. Our guide told us all about the 14 stations of the street. Like station 6, the house of Veronica, where she wiped Jesus his face with a tissue.

After we’ve seen all the highlights of Jerusalem it was time for our tour to continue to another important religious city: Bethlehem. If you expect a small town with only a few stables and donkeys walking around, you couldn’t be more wrong. Bethlehem is a big, modern city on Palestinian territory. As we all know, according to the Christian tradition, Jesus was born in Bethlehem. On the place where he was born is now a church. As of 2013 the Church of Nativity is on the Unesco World Heritage list, which means that there are renovations to bring the church back to a beautiful state.

In Bethlehem we had time to get lunch and I didn’t have to think long about what I wanted to get: a falafel sandwich! I love falafel and I think Israel has the best falafel in the world. It’s not as dry or over-fried as it can be in Europe.

Our day tour continued to another must-visit spot in Israel: the Dead Sea. It’s such a unique experience to float in the water. It’s like laying on an air mattress, so effortless. We went to a nice beach with a shop, a bar, showers and dressing rooms. The entrance to the beach was included with the tour price.

After the Dead Sea the tour went back to Tel Aviv again. Optionally you can also be dropped off in Jerusalem.
Click here to buy your tickets for the one day tour from Tel Aviv to Jerusalem, Bethlehem and the Dead Sea.

Click here to read more about my recommendations in Israel.