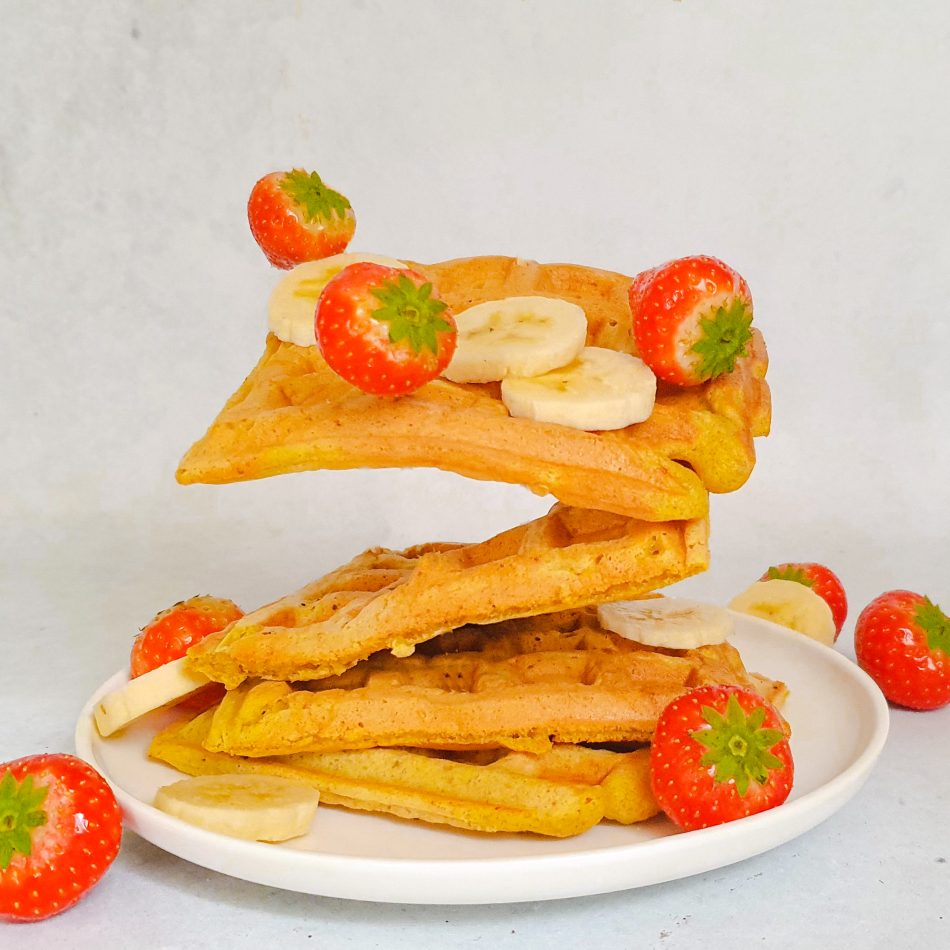 On this page I’m sharing the recipe for spicy vegan banana waffles. I got the recipe from the cookbook Vegan Party Food from Jason Tjon Affo, also known as The Indigo Kitchen. After his first cookbook Vegan Soul Food (of which I shared a recipe for Vegan Sweet Potato Curry here), he brought out a second vegan cookbook with 60 festive recipes.
These vegan banana waffles are one of the recipes in his new cookbook. The waffles got a bit of a twist as you’ll add some spices to the batter. Jason has got Surinamese roots, and you’ll see that in this recipe. It might sound adventurous to add spices to pancake batter, but they aren’t very dominant so they just add a nice touch to the waffles.

Mash the banana. Add the plant-based milk, the vanilla extract and the sunflower oil. Mix well.
In a separate bowl, mix the flour, baking powder cane sugar, cinnamon, nutmeg, turmeric and cardamom.
Add the banana mixture to the flour mixture, and stir well.
Pre-heat the waffle iron, grease with sunflower oil. Pour a sauce spoon of batter for each waffle in the iron. And bake until golden brown (about 10 minutes). Repeat until you’ve finished the batter.
Serve the spicy vegan banana waffles with fresh fruit and maple syrup, or other toppings of your choice.