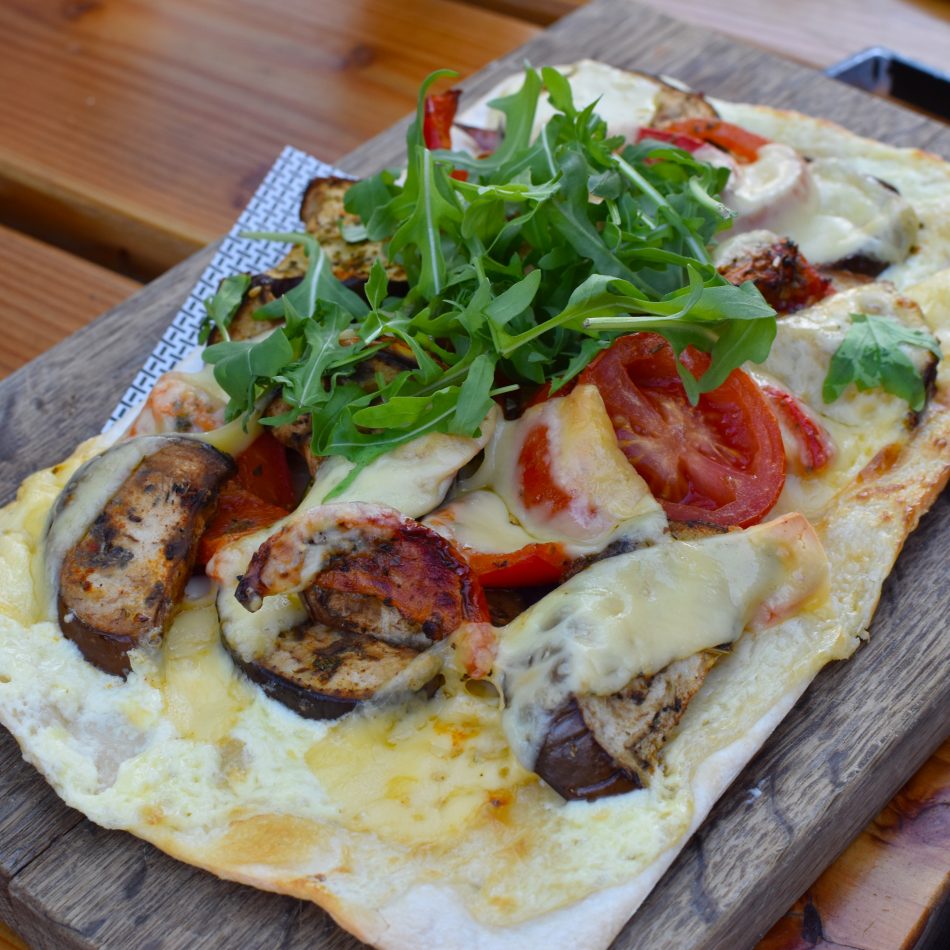 Stadsbrouwerij 013 is located at the Piushaven in Tilburg, this ‘harbour’ is merely the end of the canal but it’s a really nice area nowadays with many nice cafes and restaurants. They actually brew their beers on the premises at the ‘city brewery’. Stadsbrouwerij 013 has 20 beers on tap with several other locally brewed beers besides their own beers. They’ve just released the Blonde Boei. This new beer is an initiative of all the restaurants at the Piushaven together. It’s a three grains trippel with herbs, fruits and soft malt flavors. It’s for sale at all the bars and restaurants at the Piushaven.

As I said, Stadsbrouwerij 013 also has a restaurant. They’re open 7 days a week from noon to late. The food menu is adjusted to the beers that they serve. They even have a special pairing menu that shows which beers go well with which dishes. They also prepare many food items with their own beers. They have beer cheese, beer sausage, beer bitterballs… you name it.
Pictured you see their garlic bread with aioli and their beer broth bread served with truffle cream. Perfect as a starter to share with your table, or as a snack to accompany your beers in the afternoon.

I thought it might be difficult to eat and drink at Stadsbrouwerij 013 if you don’t like meat or beer, but it turned out they have several great alternatives. The flammkuchen with grilled vegetables pictured at the top of this page is vegetarian and so is this falafel salad. They were both super tasty with many flavorful ingredients.
And besides their beers they also have good wines and virgin cocktails. So there’s something to please everyone.

They’ve got several dishes to share at Stadsbrouwerij 013 like their nacho’s or flammkuchen. And they also have several ‘boards’ that you can share, like their ‘borrelplank’. And what’s really nice is that you can also have a dessert to share. We shared this platter with 3 people and got three different desserts. In the middle you see their ‘beeramisu’, a tiramisu made with their Russian Imperial Stout.

During our dinner I was quite impressed with the waitresses. They were super friendly, really kept our dietary wishes into account and had a lot of knowledge on the beers. They knew everything about the flavors, the best combinations and the brewing process.

Besides dinner, Stadsbrouwerij 013 in Tilburg is also open for lunch and for drinks and bites. One of their delicious dishes to share with your drinks is this cheese platter. The cheeses all come from Brabant; the mature cheese comes from De Ruurhoeve near Eindhoven, the goat cheese from Het Geitenboerke in Veldhoven and the blue cheese from Molenschot.

Click here to reserve your table at Stadsbrouwerij 013 or click here for all my other food favorites in Tilburg.