Top Sights and Activities in Manchester 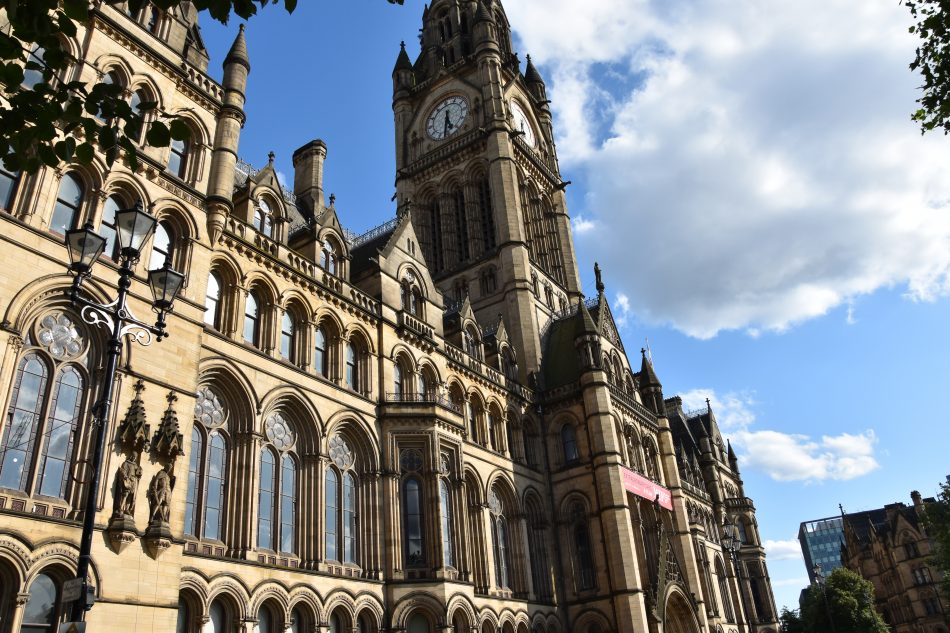 I ended my trip to Northern England in Manchester. Manchester is a great city that has a lot more to offer than football and pubs. On this page I’m sharing the top sights and activities in Manchester. Consider this blog post your bucket-list for when you’re visiting Manchester!

A great activity to do in Manchester is a cooking class at the Food Sorcery. They have all kinds of cooking workshops like Thai or Indian cuisine, or a vegan cooking workshop. I went to a Manchester Inspired Cooking Together evening where we created dishes that where inspired by Manchester. The hosts were super friendly and helpful and it’s great that you meat other people. You are welcomed with a drink and you’ll first get a demonstration of what you’re going to make and an explanation about the dish by the chef. And then it’s time to create and enjoy your own dishes. We started with Didsbury Dim Sum and after that we made Posh Fish Fingers (or tofu fingers in my case) with chips and ‘Manchester Caviar’ which turned out to be mashed green peas! The Old Trafford Treacle Sponge cake was already made by the chef. And another great thing about Food Sorcery is that you don’t have to wash the dishes!

Click here for my recipe for vegan fish and chips.

The public Central Library of Manchester is, as the name suggests, very centrally located. When you enter the library you’ll see a big circle as a central point. From here you can go to all the departments.

In front of the library is the starting point for the walking tours from Discover Manchester. You can join this guided walking tour everyday at 11am. Just show up at the entrance of the library and bring 10 pounds cash. The guide will take you to most of the highlights from Manchester in a 90 minute walk.

In between the Central Library and the Town Hall you’ll find the New town hall extension. A perfect spot to shelter for the rain but also a wonderful piece of architecture.

The Town Hall is inspired by the grandeur of American architecture, and you’ll feel like a Hollywood star walking through the corridors.
Unfortunately the Town Hall will be closed for restorations until 2024.

The John Rylands Library in Manchester is a breath-taking library. It opened in 1900 as a tribute to Enriqueta Ryland’s husband John Ryland. You can find statues of the both of them in the main hall. The library is open to the public, so you can visit it for free.

Barton Arcade is a shopping mall in a beautiful Victorian building. There are shops and restaurants on the ground floor and offices on the upper floors. The ceiling is made from cast-iron and glass and gives you the feeling of a botanical garden. The balconies inside add a lot to the atmosphere.

Originally built as a Cotton Exchange the building was heavily damaged at a bombing during the second world war. After it was empty for several years, a theatre company moved in in 1973. It was again damaged after a bombing in 1996, but it still houses the theatre. Besides the round stage in the middle of the dome you’ll also find the Rivals restaurant and bar and a theatre shop in the Royal Exchange Theatre.

A real top sight in Manchester is the Manchester Cathedral. The building consists of 3 types of stone, showing how the building has been renovated over the years. The cathedral is open daily and admission is free (though donations are appreciated).

The Chetham’s library is a beautiful historic library. It’s only available to enter with a (free) tour which starts on the hour. From 10am to 3pm (and sometimes 4pm). The Chetham’s Library is the oldest still functioning public library in the UK. It opened up in 1421 and has a rich history, Karl Marx even did his research for his Communist Manifesto here.

Mackie Mayor is a food court located in Manchester’s upcoming Northern Quarter. It’s open for lunch and dinner and everything in between from Tuesday to Sunday. There are 10 food stalls in Mackie Mayor so there’s something for everyone. Pico’s Taco’s is one of my favorites.

Victoria Baths is a beautiful complex that used to be a public swimming pool with 3 baths. It’s been deserted for years and they recently started renovating the complex. By visiting the Victoria Baths you contribute to these renovations and you treat yourself to a unique deserted building where you can take great pictures. From April to October you can join the Wednesday tours but they also host several other events throughout the year.

Hatch is a great place to go for food, drinks or shopping. This mall consists completely of sea containers. It houses 30 retailers and it’s open 7 days a week.

Click here for my travel blog to Northern England.