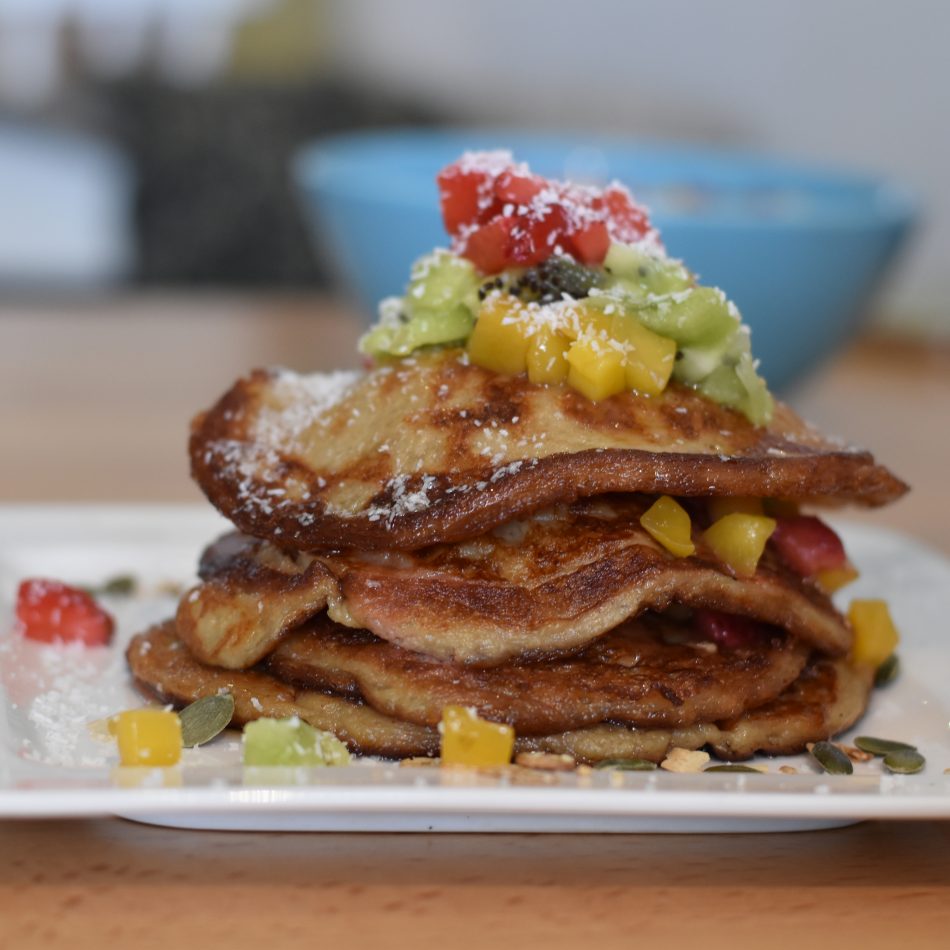 Black and White Kafe in Breda is a fully vegan restaurant in the East of Breda. It’s not very centrally located, but it’s definitely worth the trip especially if you want to eat vegan.
The owners of Black and White Kafe were inspired by their time in Bali fort he interior and imported most furniture from there. It resulted in a laid-back atmosphere where you can leave all your stress behind and take good care of yourself.
On the menu of Black and White Kafe you’ll find lighter dishes that are great for breakfast and lunch and heavier dishes for when you’re hungry. The latter includes vegan sushi bowl, vegan Indian curry and a vegan black bean burger.
Click here to read more about Black and White Kafe.

Koffiebar Sowieso is a great place for a vegan breakfast or lunch in Breda. Everything on the menu is vegetarian and most of the items are vegan already or can be ordered in a vegan version. They have a breakfast and lunch menu and they have different sweets on the counter. It’s the best place in Breda to get a vegan apple pie with your soy milk cappuccino. I had this vegan choco smoothie bowl with coconut milk, cacao, banana, agave syrup and cinnamon. It’s a perfect breakfast and it tastes like dessert!

Lunchroom Puick has some great vegan dishes on their menu. My favorites are this vegan Buddha Bowl with spinach, aubergine, avocado, tomato, cucumber and much more. But their flatbread with hummus and grilled aubergine is also very tasty. They’ve also got a pita with vegan chicken and spicy peanut sauce that is great for lunch.

Suuskes is a lunchroom in the city center of Breda and is a perfect spot to grab a vegan lunch when you’re shopping. Inspired by healthy food bars in New York, Suus started her own lunchroom in Breda in 2017. Suuskes serves light breakfasts and ‘green’ lunches. Everything on the menu is either vegetarian or vegan. She has vegan overnight oats or healthy pancakes for example.  And what do you think of this vegan acai bowl? With the acai bowl and the pancakes you can choose your own toppings like kiwi, strawberries and mango.

Sunshine also has dishes with meat but as it has good vegan options, I’ve added it to this list as well. They have a regular menu and also several specials that they’ll temporarily have outside of the menu. Their Samosa Cigars can be ordered vegan as they can stuff the samosa’s with vegetables and the Vietnamese Springrolls are also vegan. Pictured you see their sandwich with falafel and red beet hummus.

K.O.I. Kanpai is a Japanese deli and concept store, and they’ve got many vegan items on their menu. These vegan onigiri are a great snack, they’ve got three different vegan kinds and they’re only 2,50 a piece. Two of the vegan onigiri are also gluten free. They also have a delicious vegan curry at K.O.I. Kanpai with rice and a vegan soba / udon noodle soup. They also have vegan gyoza, that are great as a snack or starter. And they have oat milk for their matcha latte.

Click here for my vegan food spots in Tilburg.