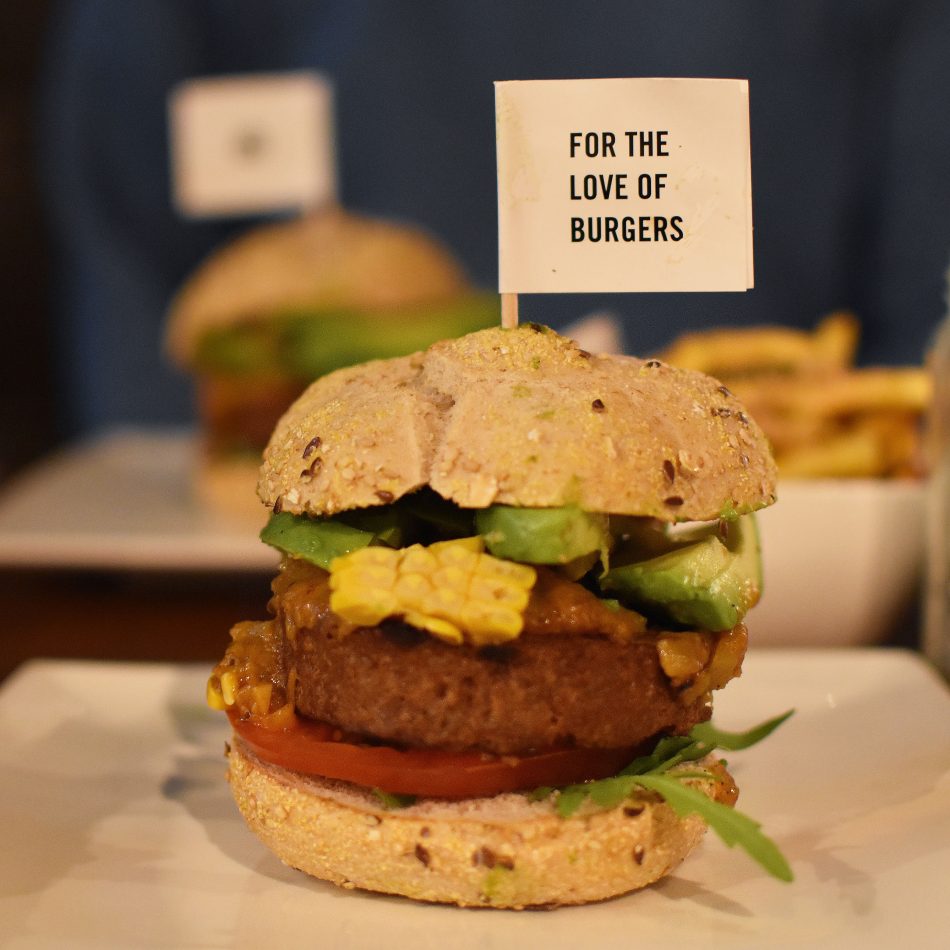 All Thrill Grill restaurants in the Netherlands now have a vegan burger on their menu! The vegan burger is created together with Lisa, the well-known vegan food-blogger from Lisa Goes Vegan.
A while back I already told you how you can order all burgers at Thrill Grill with the new Beyond Meat patty, making your burger vegetarian. But as there was still cheese or a dairy-based sauce on the burger they weren’t vegan yet. With this new burger from Lisa Goes Vegan, called Lisa’s Vegan Thriller, they have a 100% vegan burger on their menu.

Beyond Meat is a plant-based (vegan) meat substitute. It’s invented by Los Angeles based Ethan Brown. It’s truely revolutionary as the Beyond Meat looks and tastes exactly like meat.
Beyond Meat started in 2009 with meat-free ‘chicken’ and after several other products they created the Beyond Meat burger in 2016. They Beyond Burger is free of soy, gluten and GMO’s. It’s even cholesterol free. It contains 20 grams of proteins and half the saturated fat of a beef burger. Thrill Grill is the first restaurant that serves the Beyond Burger in the Netherlands.

Lisa’s Vegan Thriller burger is served with a big slice of tomato, rocket, avocado, corn and a mango-curry sauce developed by Robert Kranenborg. Michelin star chef Kranenborg is the owner of the Thrill Grill restaurants.
Fun fact; he was also in the jury of the IKEA Food Challenge that I won! You can order the vegan burger from Lisa Goes Vegan at the Thrill Grill restaurants in Amsterdam, Haarlem and Tilburg.

Want to make your own vegan burger? Click here for my vegan falafel burger recipe!