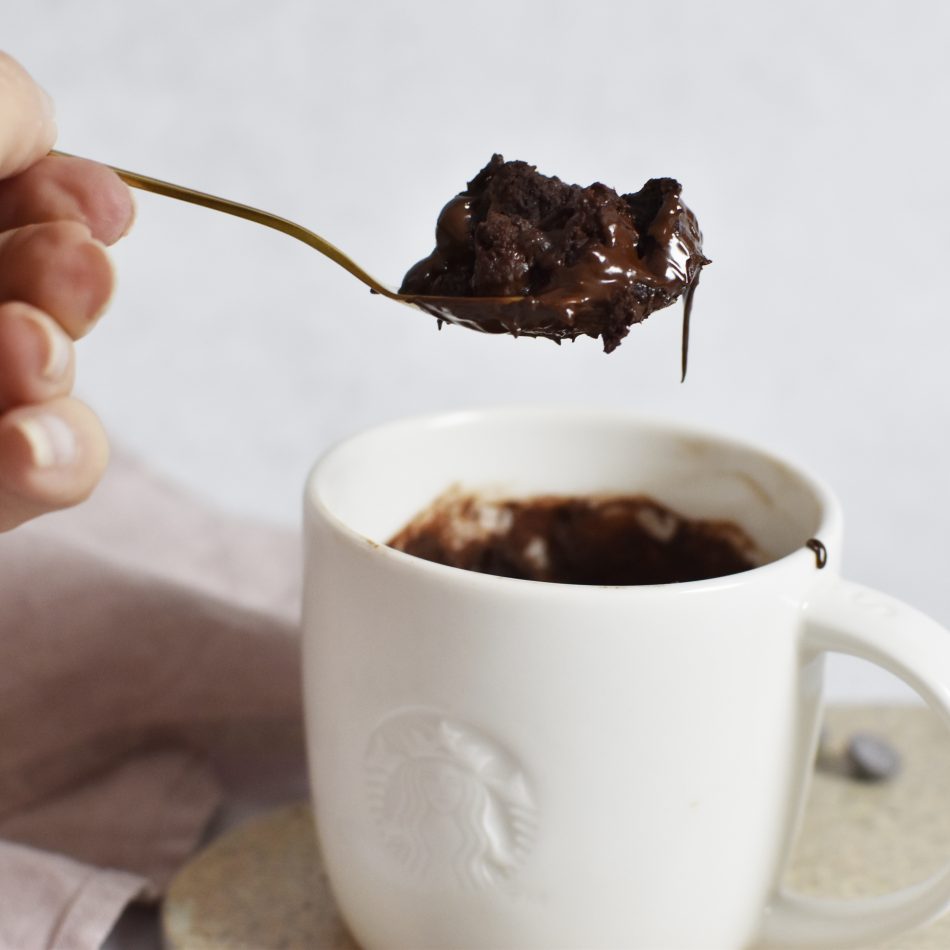 My basic recipe for Mug Cake was one of the first recipes that I published on my blog. For that mug cake recipe you need an egg, so it wasn’t vegan. I’ve been trying to create a vegan mug cake recipe for you guys ever since and I’ve finally created the perfect recipe. On this page I’m telling you how to make this vegan chocolate mug cake.

Mug Cakes first became trending around 2015. Which is also the year that I started my food blog. My basic mug cake recipe is super easy; just mix 1 egg, 1 banana and 2 tablespoons of oatmeal in a mug and microwave it for 2 minutes. I’ve created several variations with that basic recipe like Double Chocolate Mug Cake and Carrot Mug Cake. But all my mug cake recipes included egg, so none of them were vegan.

As I’m eating more and more plant-based, I also wanted to create a vegan mug cake recipe. I’ve searched the internet but found many recipes that included an oven instead of a microwave. Which isn’t neccesarily bad, but because of that they also had a much longer preparation time. And the great benefit of a mug cake is that it’s done in just a few minutes.
So I wanted to create a quick vegan mug cake recipe for the microwave.
I’ve tested several recipes but often found them too dry or too wet. So after I’ve done some experimenting myself, I think I can say that I finally created the perfect vegan mug cake recipe.
I went for a vegan chocolate chip mug cake version.
This version needs vegan chocolate chips and they can be quite hard to find, so you can also just chop a piece of a (vegan) dark chocolate bar instead.