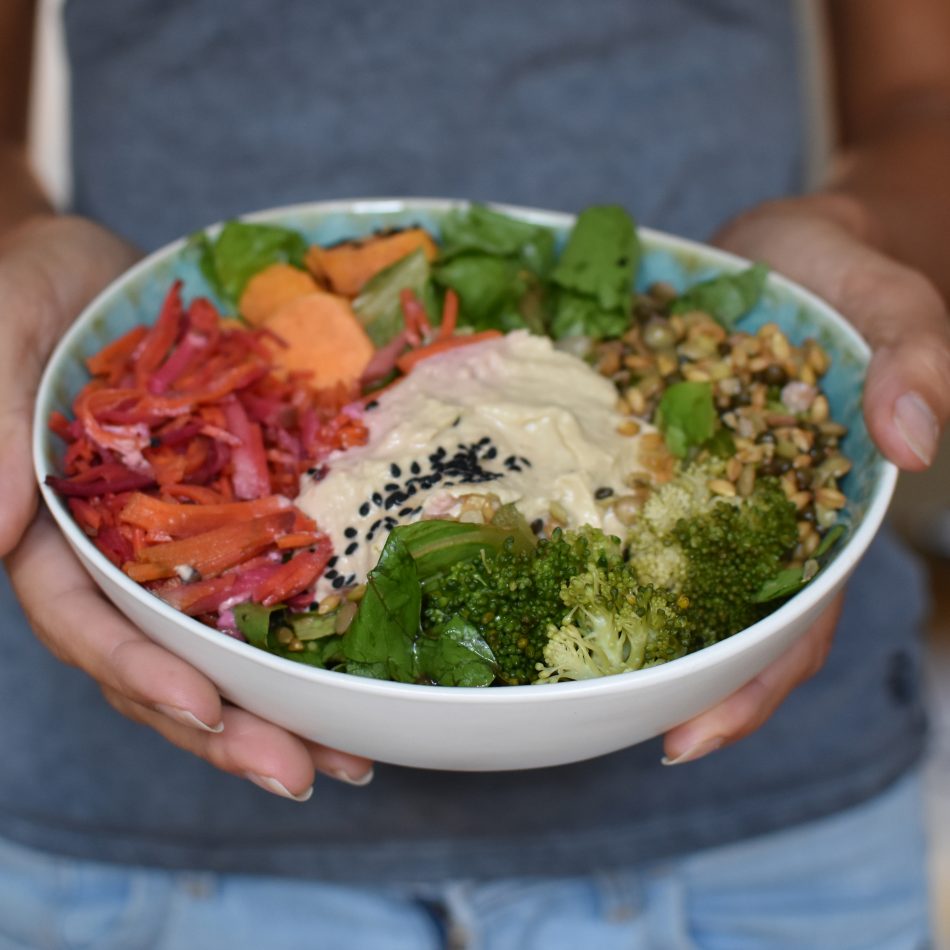 Just to be clear, I’m not sponsored by Albert Heijn in any way. I just thought it could be helpful for vegans who don’t visit the Albert Heijn that often, that they’ve got a shopping list!

In the fall of 2020 Albert Heijn has launched 70 new vegan products to their stores. These Albert Heijn huismerk products vary from vegan cheese to vegan burgers. The boneless wings are one of my favorites. It’s great to be able to serve wings at a party or give to your kids, without having to harm animals. And for all Dutchies: they even have vegan frikandellen!

Albert Heijn has several ‘verspakketten’. In these packages you’ll find the recipe of a meal and most of the ingredients. Many of these packages are vegan. A few of the vegan ones are the Orzo Basilicum Pest, the Greek Moussaka and the Italian Lasagna. Please note that they sometimes say you’ll have to add meat, but you can of course skip this. And I double checked and the pesto at the Orzo package is vegan.

Garden Gourmet, the meat substitutes in the green packages, have 8 vegan products at the Albert Heijn. The 100% plant-based products are three different kinds of falafel balls, 2 kinds of minced ‘meat’, the vegan burger, and the sensational chorizo and braadworst.

Albert Heijn sells the vegan chili burger from Boon. It’s a 100% plant-based burger with a spicy touch. They also sell the Boon tempeh cubes. You can find other Boon products at other supermarkets but the tempeh cubes are only available at Albert Heijn and restaurant supplier Sligro.

Click here to read about the difference between tofu, tempeh and seitan.

Despite its name, there’s no milk in the Zebra Donuts of the Albert Heijn. These donuts are completely vegan. Just like the Speculoos Donuts. There aren’t even animal based e-numbers or aroma’s in them. Just like you might not expect it with Oreo cookies, products that have ‘milk’ or ‘cream’ in their name can be vegan. The vegan Milky Zebra Donut at Albert Heijn is 100% vegan.

Very popular amongst vegans is the ‘kaneelbroodje’ from the Albert Heijn. This cinnamon roll is available at the bakery of the supermarkt, where the fresh bread buns also are. The vegan cinnamon roll costs 0,61 cents, so you can use it as an argument to prove that eating vegan doesn’t have to be expensive!

Tony’s Chocolonely is one of the most popular chocolate brands in the Netherlands. Three of their flavors are vegan: the 70% dark chocolate bar, the dark almond sea salt and dark pecan coconut bar.

Veganz is one of my favorite vegan brands in the world. It’s from Germany and for a long time it wasn’t available in the Netherlands. Luckily some bigger Albert Heijn supermarkets sell it now, and you can also order it if you order your groceries online.

Albert Heijn has a big assortment of vegan ‘dairy’. Their own brand has got all kinds of plantbased drinks like rice drink and coconut drink. But they also sell vegan milk from other brands like Zonnatura, Oatly! and Alpro.

Albert Heijn has several vegan wines in their assortment. From the AH Excellent brand you can get the Pinot Grigio and the Sagrato Chianti. All the Arrogant Frog wines that are available at the Albert Heijn are vegan.

At the end of your shopping spree at the Albert Heijn, don’t forget the freezer! There are several great frozen vegan products available. One of my favorites is Lazy Vegan. Lazy Vegan has 4 different kinds of ready meals. You can just keep them in the freezer at home, take them out when you want a vegan dinner and stir fry them for a few minutes.

And don’t forget the frozen desserts too! Albert Heijn sells several vegan ice cream tubs. My favorite brand is Professor Grunschnabel. They’ve got many different flavors, that are all unique and very tasty. I’ve made this vegan freakshake with the Caramel Ocean and Snow white flavors from Professor Grunschnabbel and the plant-based whipped cream from Albert Heijn.

Albert Heijn also sells ice cream tubs of Alpro that are all vegan and also a delicious option!

The Albert Heijn also has a vegan Apfelstrudel from their private label. You can find the Apfelstrudel package in the freezer. It’s packed per two and you can just keep it in the freezer at home until use. Bake it in the oven for 35-40 minutes and you’ve got a tasty vegan apfelstrudel. Easy as that!

Do you have any favorite vegan food products from Albert Heijn that are missing in this list? Let me know with a comment below.